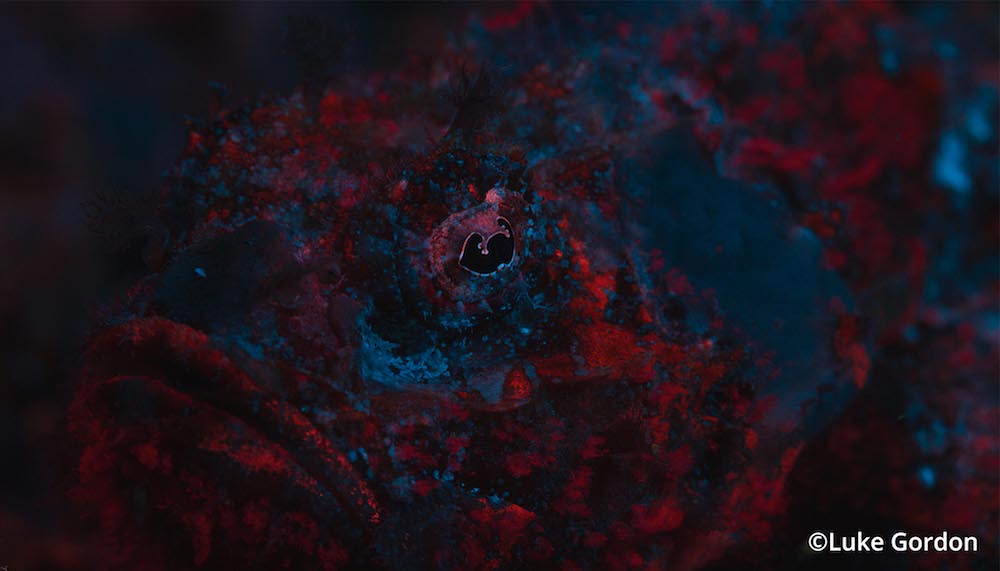 Creatures of the Night

Creatures of the Night from the Lembeh Strait

It’s Halloween this month so we are celebrating all things spooky including our critters! The Lembeh Strait offers phenomenal night diving thanks to its array of incredible critters of the night. Here’s some of our favorites and some intriguing facts about what happens in Lembeh after the sun goes down…. 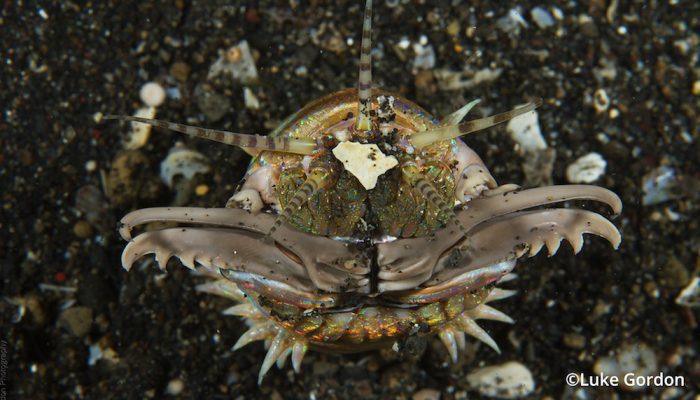 Ugly, spooky and extremely scary looking but no where near as scary as the story behind its name. The bobbit worm was named in reference to Lorena Bobbitt who famously cut off her husband’s penis while he was sleeping and later threw it out of the window of her moving car. Bobbit worms have extremely strong scissor like jaws and don’t have penises as they are broadcast spawners! 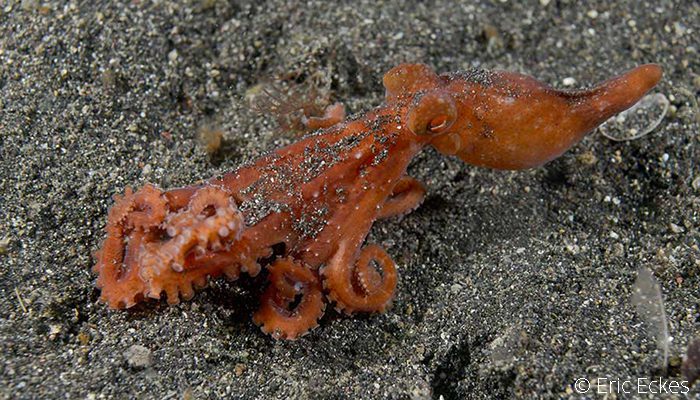 This is one of our favorite Lembeh Strait nocturnal critters. It’s a rare find but that we spot on night dives when they are out hunting. The starry night octopus catches it’s prey with it’s tentacled arms and it has a strong beak which quickly paralyses it’s victim – usually small shrimps, fish, crustaceans and even other octopus – Yikes!

Bigfin reef squids are characterised by a large oval fin that extends throughout the margins of its mantle, giving them a superficial similarity to cuttlefish. These crafty critters will follow night divers and take advantage of their night lights illuminating crustaceans and small fish. Bigfin reef squids have the fastest recorded growth rates of any large marine invertebrate, which is necessary as they are an extremely short-lived species, with a maximum recorded lifespan of just 315 days! 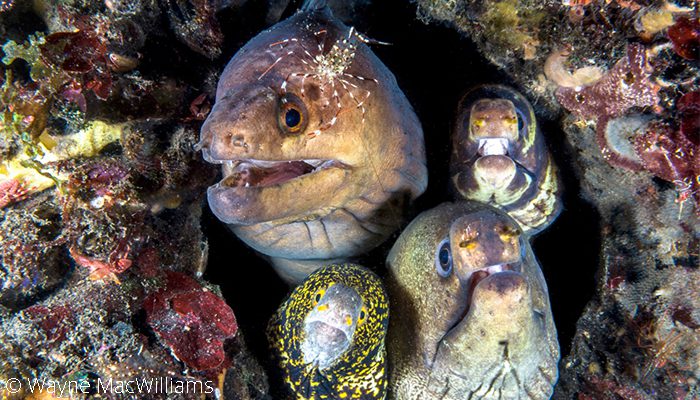 Although moray eels are not one of Lembeh’s most sought after species – they certainly are unique, uniquely scary that is, when you take a look at their dentistry. Moray eels not only have razor sharp fang-like teeth, they also have not one but two sets of jaws. Their second jaw set, known as the pharyngeal jaws, are in the moray eels throat. As the main jaws close around their prey the second set of jaws launch forward into the eels mouth and snag the prey with their backward pointing fangs and drag it back into the throat. That’s a pretty terrifying thought! 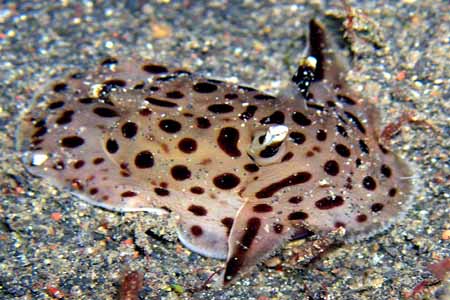 This is one of Lembeh’s weirdest looking creatures of the night. The moon-headed sidegill slug has a brown color base and dark brown spots with white shading along the body. They can be easily identified by their large fringed oral veil. At night time we see this critter at our sandy sites where they move actively. Did you know that they are also capabale of swimming? 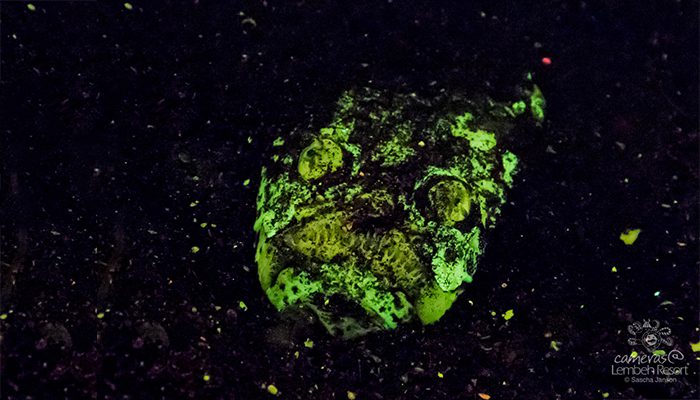 When it comes to a face that you wouldn’t want to encounter on a dark night, the stargazer has got to be on the top of the list. With bobbly eyes on the top of it’s large head and it’s up turned mouth this is one freaky looking critter. They are also nocturnal predators which conceal themselves by burrowing into the sand. When prey passes overhead the stargazer will leap upward in ambush and swallow the prey whole.

Have you ever done a UV night dive? In the short movie “Creatures of the the Night”, you can see bizarre and unexpected things glowing, and no one knows yet why they do it but the one thing we do know is it is amazing to watch. Check it out and come to Lembeh to try a UV dive yourself!

Although this month we are looking at Lembeh’s scariest looking critters the diversity of rare and unusual marine life in the Strait is incredible. You’ll also find exquisite pygmy seahorses, stunning flabellina nudibranch and many more colorful macro-critters.

If you prefer reef diving to night or muck diving we have that covered too and even dive sites where we see sharks and eagle rays!

If you’d like to explore the magical underwater world of the Lembeh Strait, come and join us at our beautiful Indonesian resort. Make your reservation on: reservations@LembehResort.com

We look forward to diving with you soon in North Sulawesi.