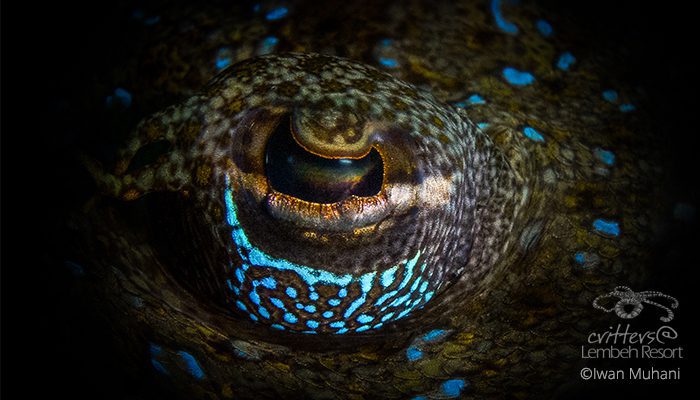 In the magical underwater world of the Lembeh Strait adaptability is king! In this second installment of “Eye Spy a Little Eye” we will marvel at the the mysteries and incredible adaptations made to the eyes of our special little critters!

Freaky eyes! Flounders didn’t always have both eyes on the left side of their head. Baby flounders start with one eye on each side of their bodies like ordinary fish, and swim like other fishes do, but later on, as they are becoming adult, the right eye moves to the left side, and flounders start to swim sideways, which gives them the ability to settle down flat on the bottom. One eye can look forward while the other looks backward at the same time, giving flounders the ability for wide views. – Photo by [email protected] Resort dive guide, Iwan Muhani – Peacock Flounder (Bothus mancus) 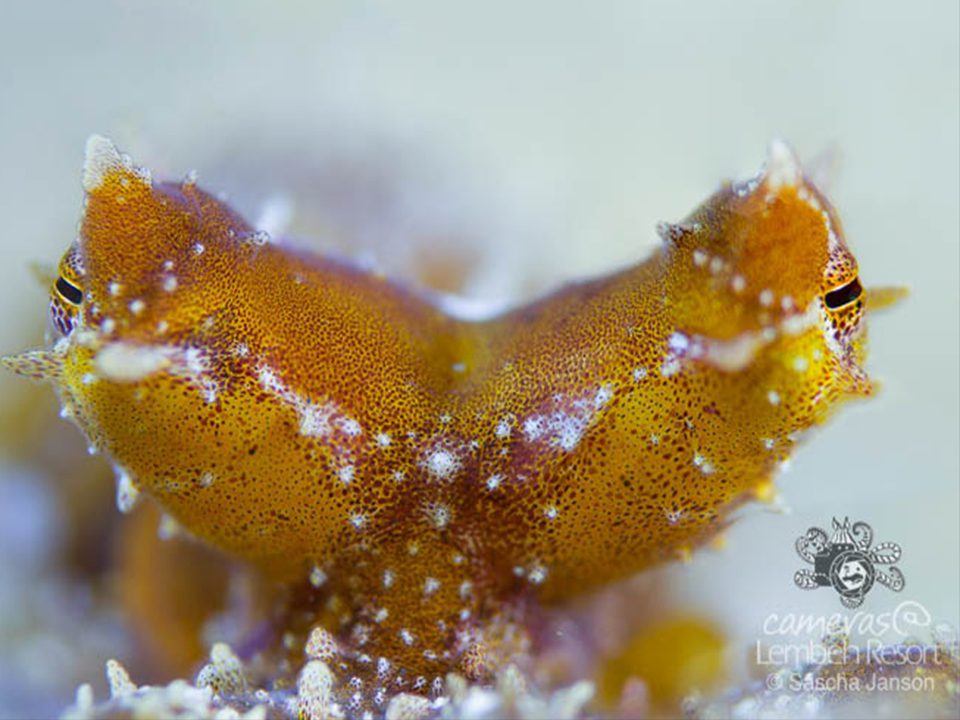 Through the amazing images our underwater photographers shoot, we can get a glimpse into the muck diving habitats in Lembeh Strait, but how would a Wonderpus Octopus see it? New research by Evolutionary biologists of the University of California shows that octopuses skin contains the light-sensitive protein opsin, which is usually found in eyes. The research suggests that these clever cephalopods can actually “see” with their skin. 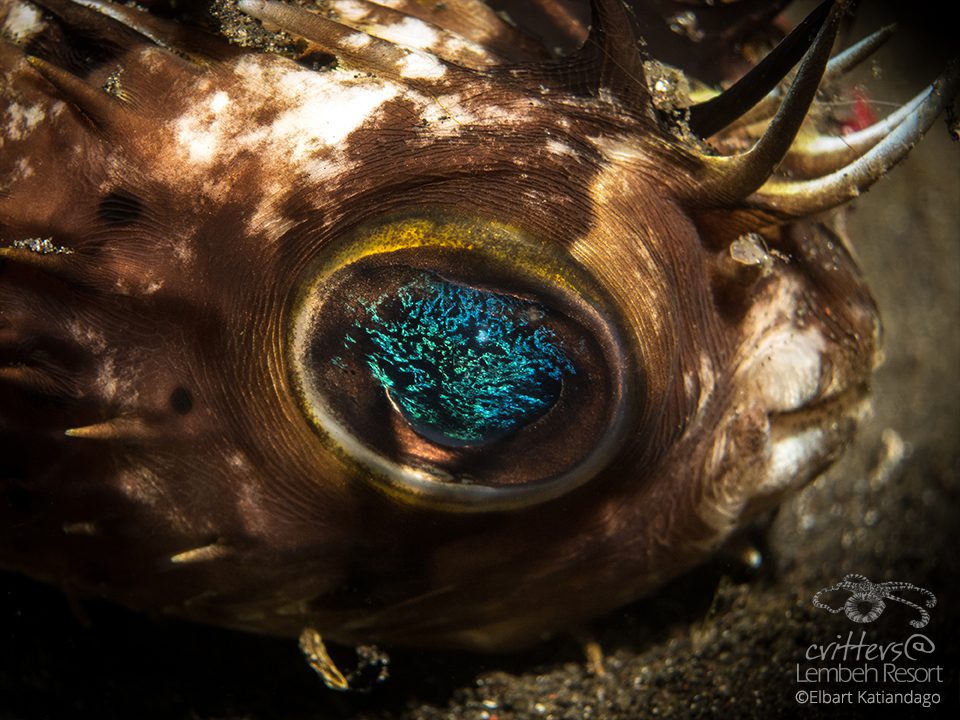 The Balloon fish is a nocturnal species which feeds on mollusks and crustaceans, to be able to find their prey in the dark waters they have very large eyes that provides them with a type of night-vision. The glowing reflections found in the eyes of the balloon fish are one of the many reasons that underwater photographers adore these clumsy looking creatures. 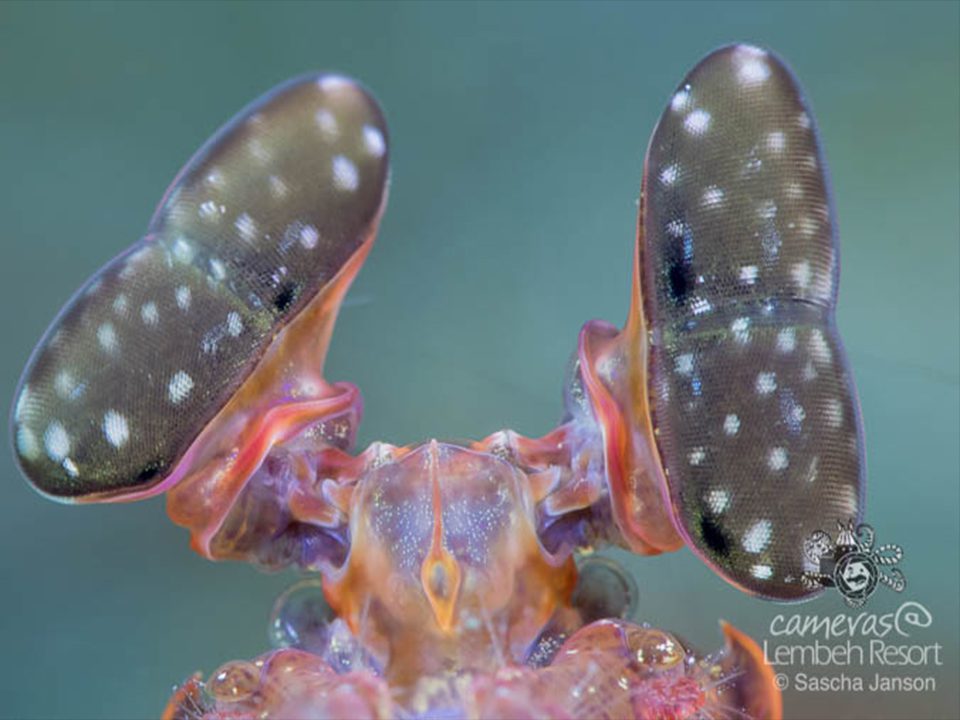 When scuba diving in North Sulawesi, one can find a variety of strange animals and Lisa’s giant mantis shrimp is certainly no exception. The eyes are mounted on stalks and can move independently of each other, giving the giant mantis a 360-degree field of view. While most predators utilize binocular vision to assist with depth perception, the Giant Mantis shrimp has trinocular vision, giving them the ability to strike prey with their large spearing arms with incredible accuracy. 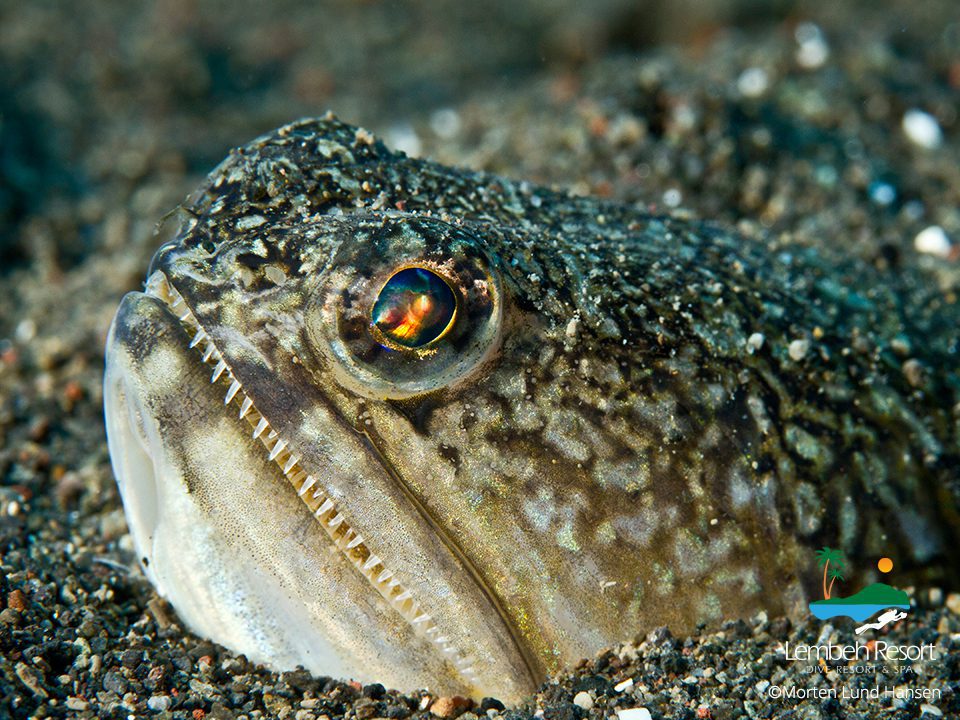 Even though we have wonderful coral reefs within Lembeh Strait most of our dives take place on sandy slopes, which we call “muck diving” or “critter diving”. At first the sand may seem void of life, but take a closer look and you will realize that it is full of eyes looking up at you. This Snakefish burries itself in the sand until only the eyes are visible, waiting for prey to come within biting distance.

The White Belly Toby is one of the most common fish found in Indonesia. Even so, the next time you see one, stop and take a look at their coloring. They have the most magnificent eyes and should not to be forgotten as a subject for underwater photographers. 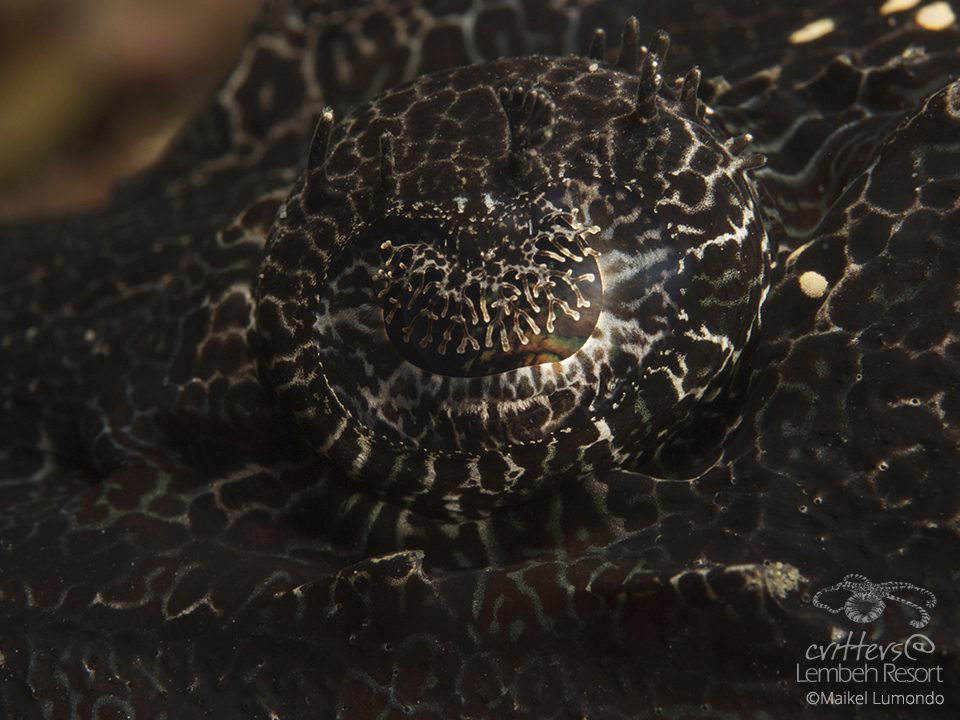 This amazingly beautiful eye belongs to the Crocodile Fish. The Crocodile Fish is also a benthic predator, meaning that it will remain on the bottom in wait for prey to swim by. In order to gain the perfect camouflage the crocodile fish even has camouflaged eyes. 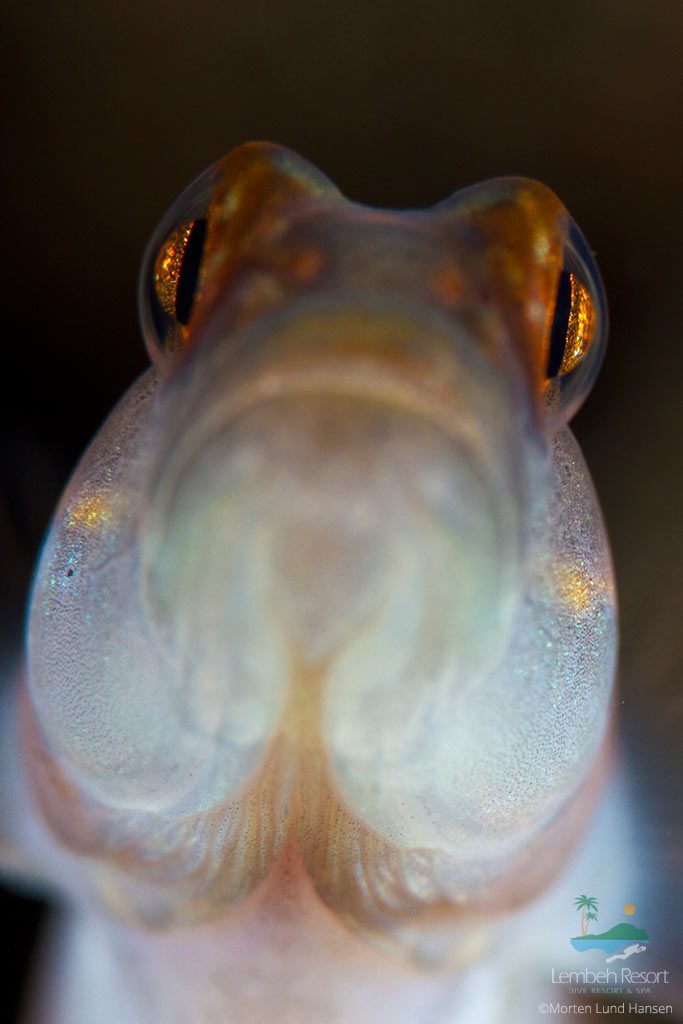 A favorite amongst many divers, the skittish Shrimp Goby will dart away in a cloud of silt if you get too close to the hole dug by its symbiotic ally, the Partner Shrimp. 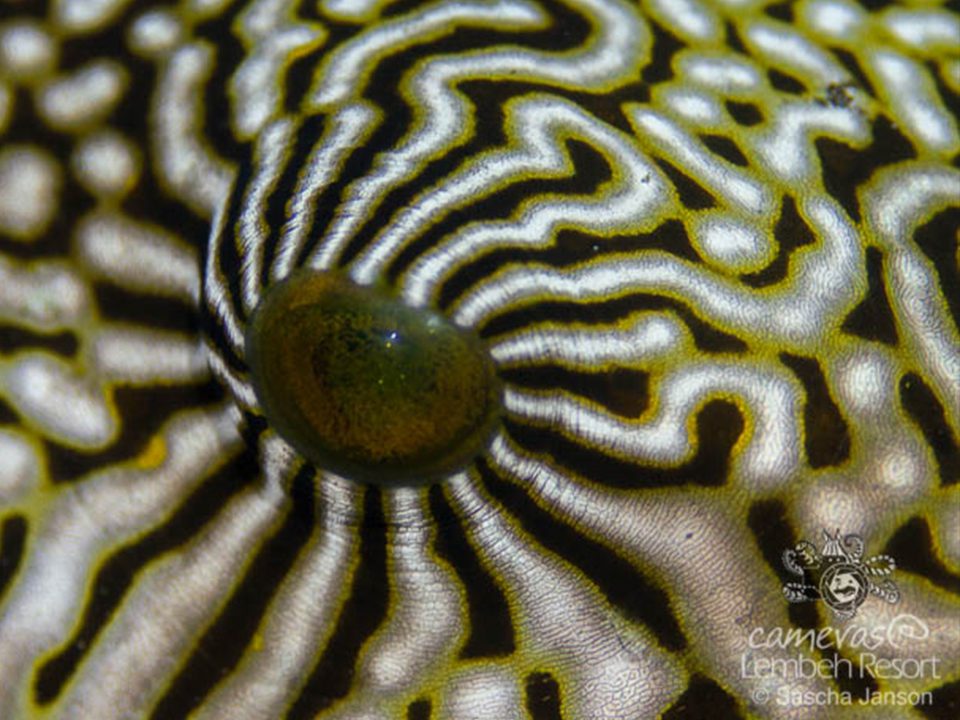 No one completely understands the reason behind the incredible patterns of the Map Puffer Fish, all that we do know is that it makes a great subject for underwater photography!