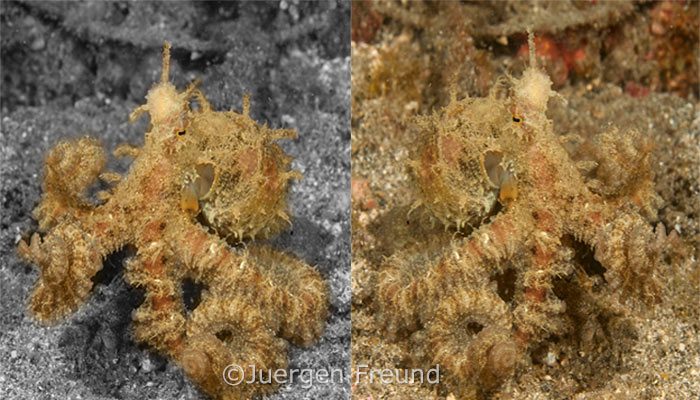 Now you see it, now you don’t!

Hide & Seek part II delves into the amazing camouflaging abilities of octopus and frogfish. Special thanks to Ed Brown for helping Lembeh Resort and [email protected] Resort with our quest to bring you great photos and fun informative information.

You know that phrase “A leopard never changes its spots”? Well its true, they don’t. Octopus, octopi, octopuses, whatever you wish to call them, do change their spots though, and for this reason alone makes them way cooler than leopards. An octopus has cells made up of chromatophores, and within these cells is a pigment that allows the octopus to temporarily alter its colouring 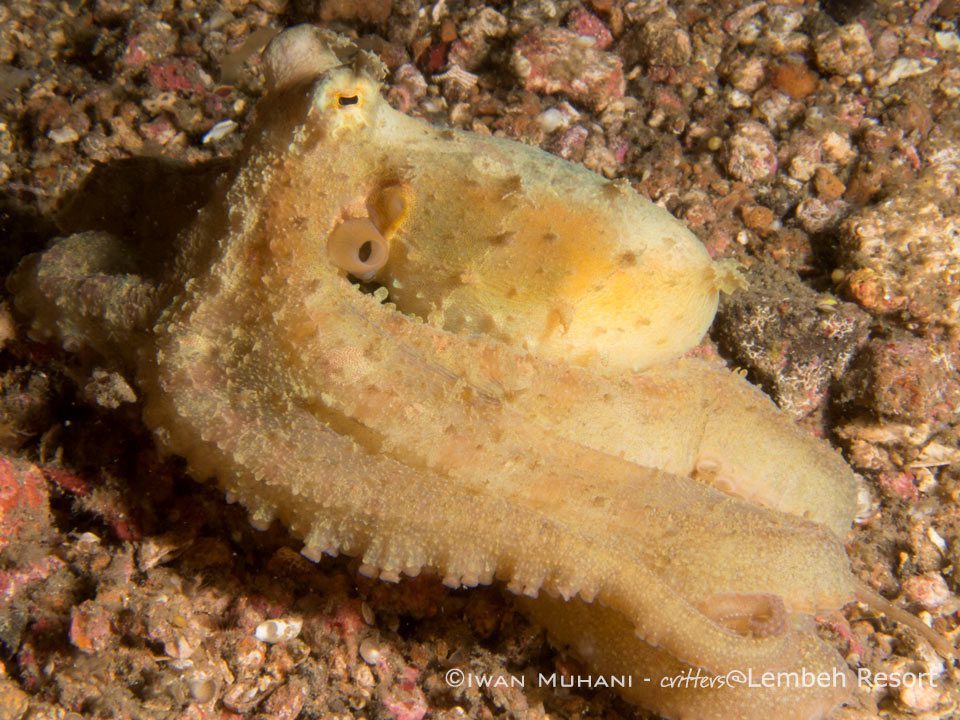 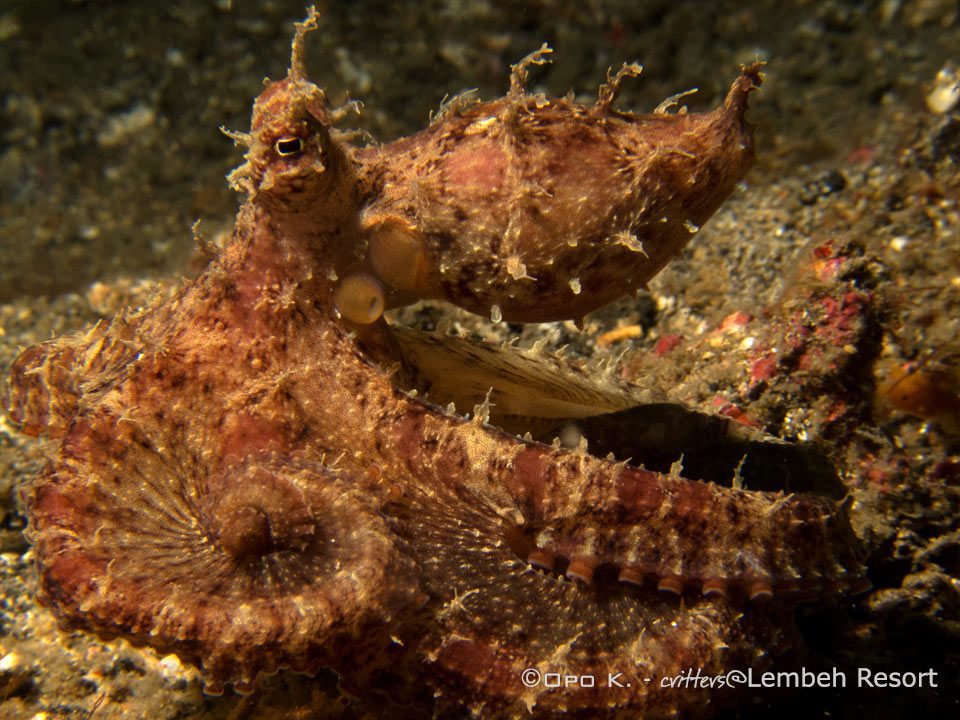 This incredible Algae Octopus can change not only its skin colour but also its texture to perfectly mimic its surroundings. 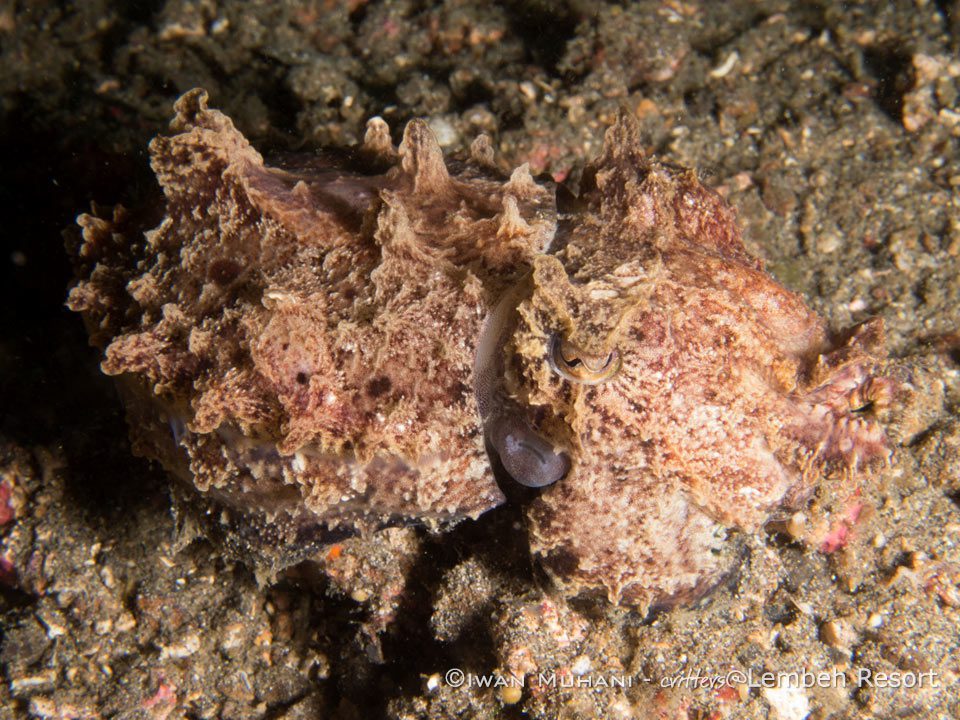 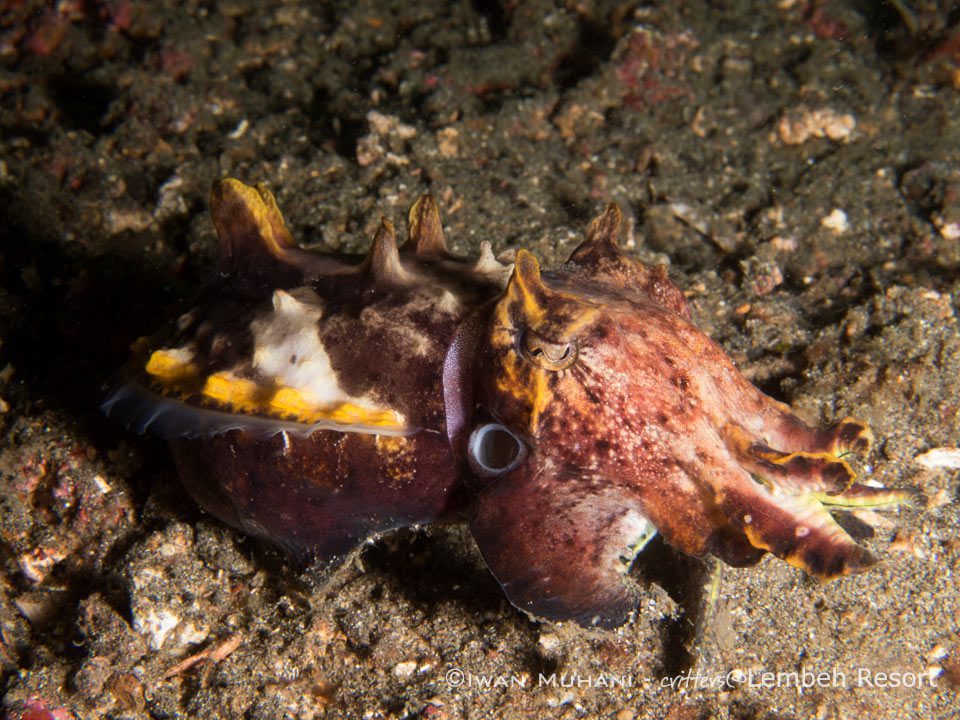 When relaxed the Flamboyant Cuttlefish is near invisible. This “Sniper of the Sea” will sit in perfect camouflage and wait for prey. When prey is close it will strike with its uniquely evolved ‘tongue-tentacle” it does this with mind-boggling speed and fantastic colour changes.

So there we go, the octopus, amazing camouflage, ridiculously intelligent and full of character, which brings me nicely to the frogfish! Well maybe not the intelligence bit but the rest certainly holds true. So I guess you’re thinking there’s no way you can compare an octopus to a frogfish? Maybe not in some respects but they do have the ability to change colour. While the octopus can change at the flick of a switch, life for a frogfish is much more sedate, he’ll get there eventually but it may take some time! 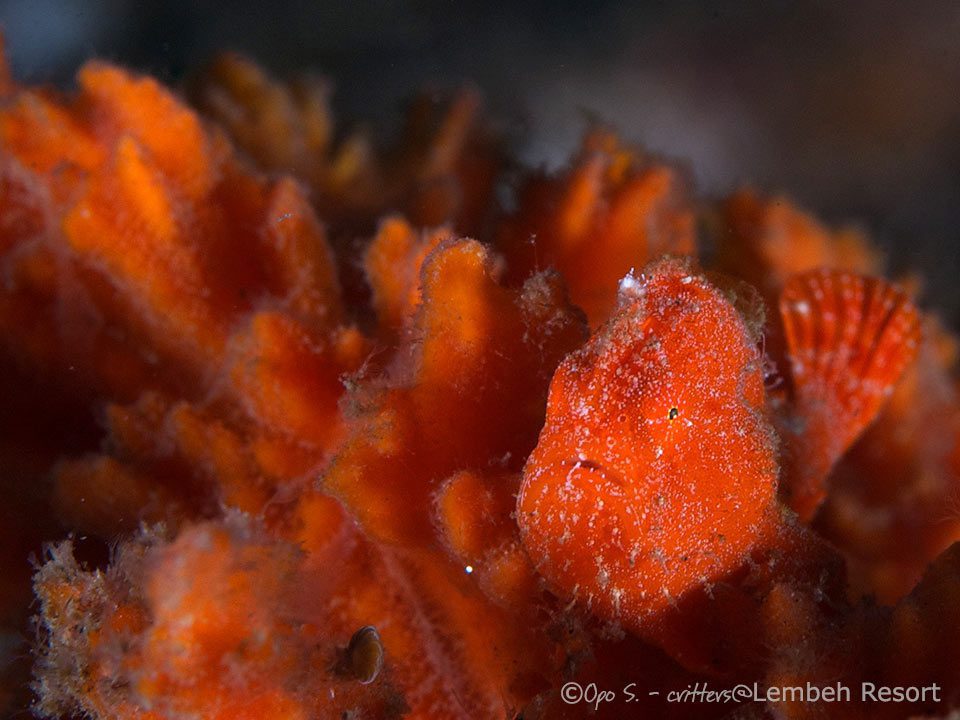 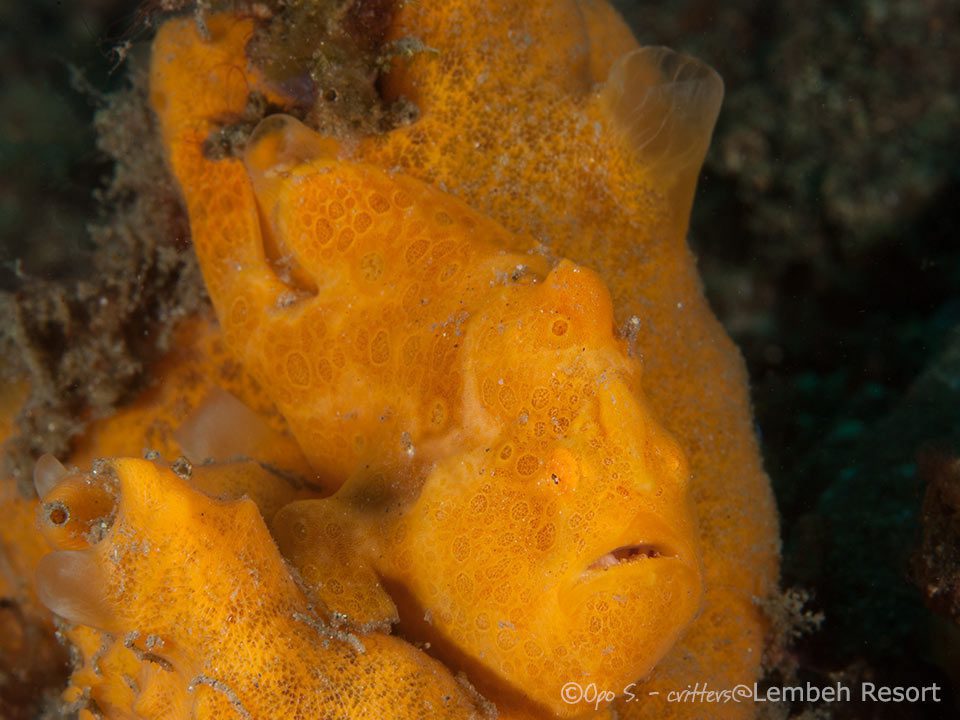 Two different Frogfish, or not? Frogfish change their colours over time to adapt perfectly to their habitat.

That little guy you saw last month so perfectly blending in with the orange sponge could well be that little yellow guy staring back at you with those big eyes today. Blending in with the background makes perfect sense for frogfish, they can sit and wait, and wait and wait, flicking out that lure every now and again. We’ve all seen them hiding in plain sight and you know that going back 3 hours later, that little fish would be in the exact same position just sitting and waiting. In this case, he doesn’t need to change colour but is more than capable of doing so if or when he needs to move. It’s with the help of all the guides and people regularly diving in places like Lembeh that we get to actually realise what’s going on with these fish, how else could we know? Captive fish are not necessarily a good indication and a quick search on the internet will find plenty of frogfish owners worried about why their fish are changing colour. So there you have it, 2 very different animals, both fascinating to watch, full of character and equally difficult to find, unless you’re with a [email protected] Resort guide 🙂 Coming to a Social Media Site Near You! 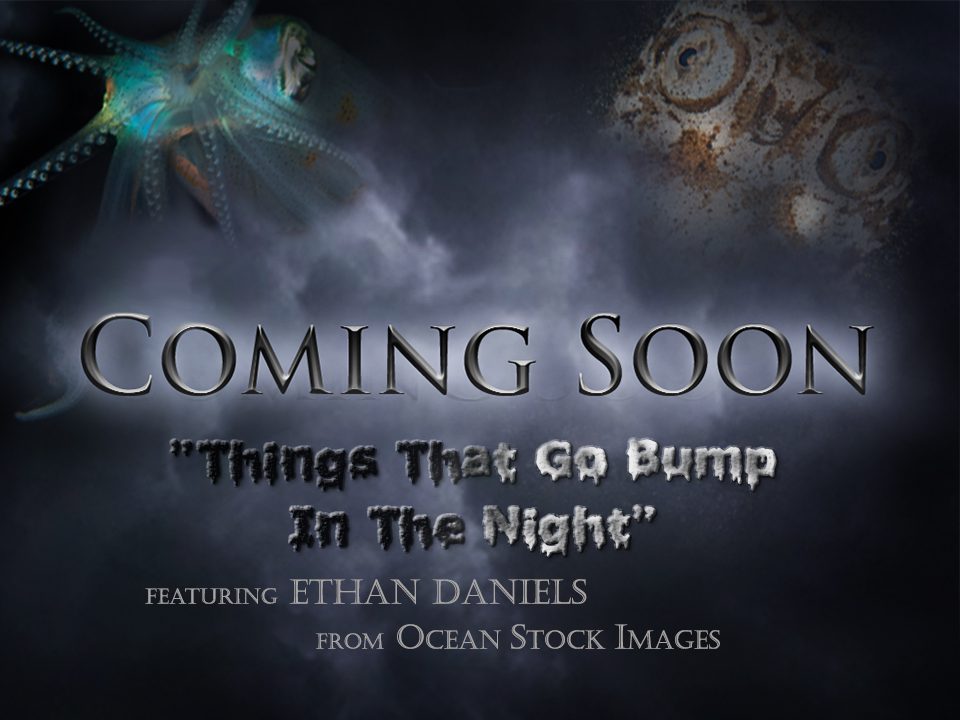