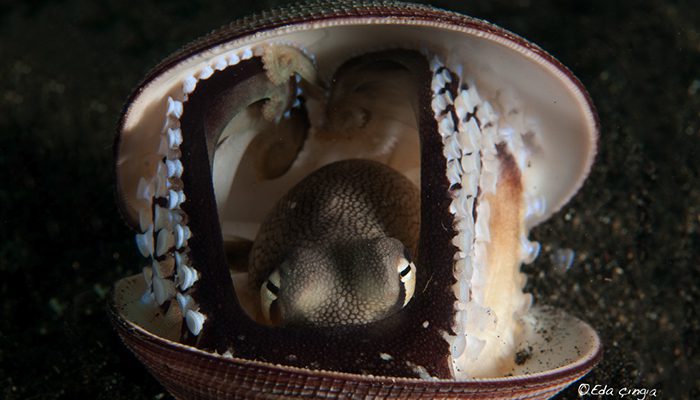 The Lembeh Strait is known for its unusual and rare marine life but it’s not just our critters’ appearances that make them weird – it’s some of their behavioural habits that make them stand out too. Have you seen mandarin fish mating or a coconut octopus constructing a home? 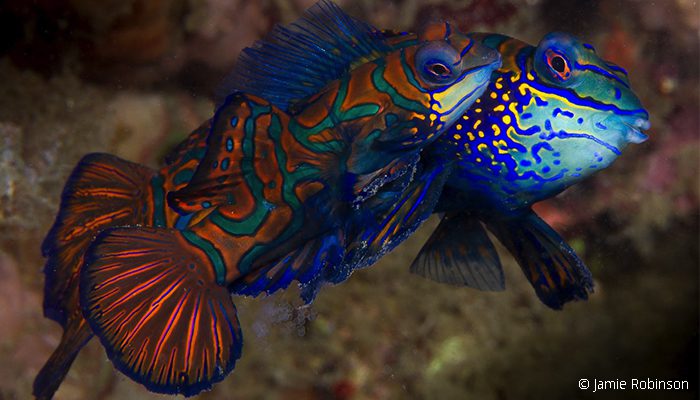 When you spot a critter in Lembeh stick around and watch it for while – you might be surprised by what it does next. Here are some of our favorite naughty critter antics that we just can’t get enough of.

Frogfish love to tease! Everyone loves frogfish but these super camouflaged and unique looking critters know how to play the game. Once you’ve found a frogfish (and taken your pictures) give it some space and watch how it uses its lure to tempt and tease nearby fish. The end result doesn’t work out well for the innocent fish which falls for the trick! 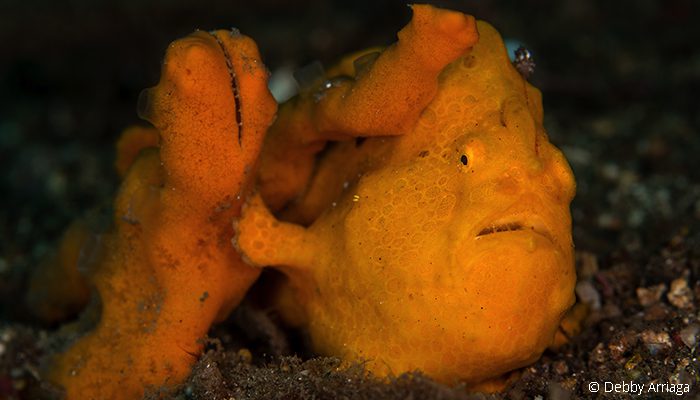 Coconut octopus secretly like bottles of beer. Here in the Lembeh Strait we often find coconut octopus (literally) at the bottom of a beer bottle! Coconut octopus will use beer bottles when they cannot find a coconut shell or two bi-valve shells to hide inside. They will even seal themselves inside the bottle with a homemade trapdoor – usually in the form of a shell or other debris. 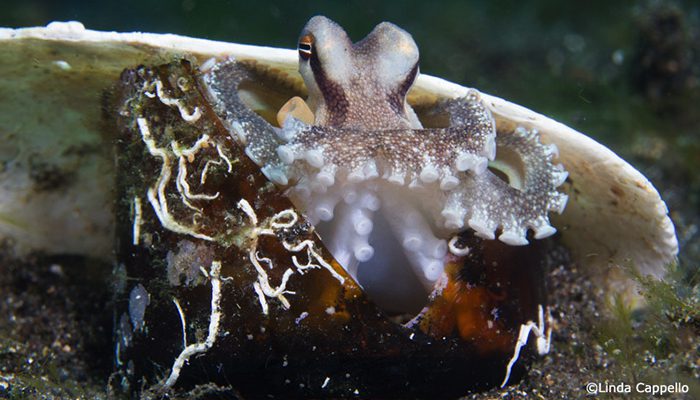 Pygmy seahorses are a popular critter but they have been playing games with divers for years. The first species of pygmy seahorse discovered was the Hippocampus bargibanti – but not until 1969. The pygmy seahorses’ ability to mimic the color and texture of its host sea fan means that this critter has been naughtily fooling divers for decades! 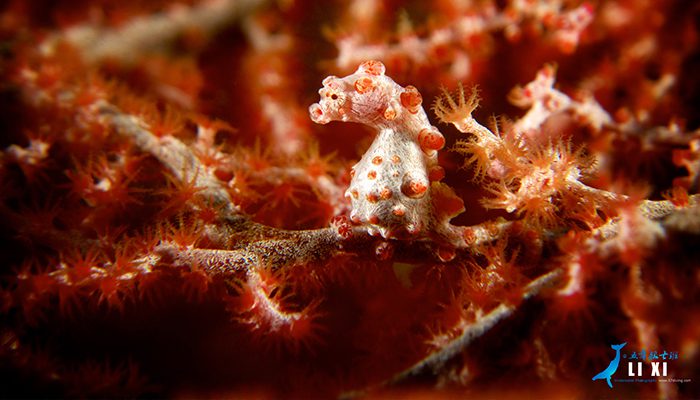 There are numerous different species of hermit crab, but there is one thing that all have in common – unlike other marine species they don’t build a home for themselves, they steal it! Hermit crabs find a shell of the right fit for them and take it as their own – often evicting the unsuspecting mollusc which the shell originally belonged to. 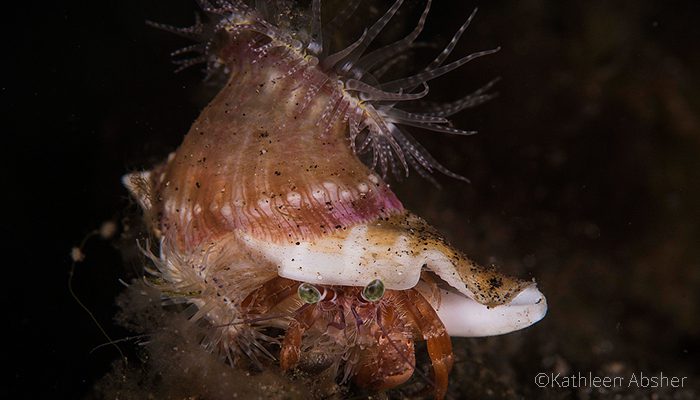 If mimicking another species is classified as naughty then the mimic octopus (Thaumoctopus mimicus) definitely deserves a mention. When the mimic octopus swims over the sand it resembles a flounder – a much less predatory species than itself. This lures other fish into a false sense of security and allows the mimic to get within striking range – and then it’s game over. 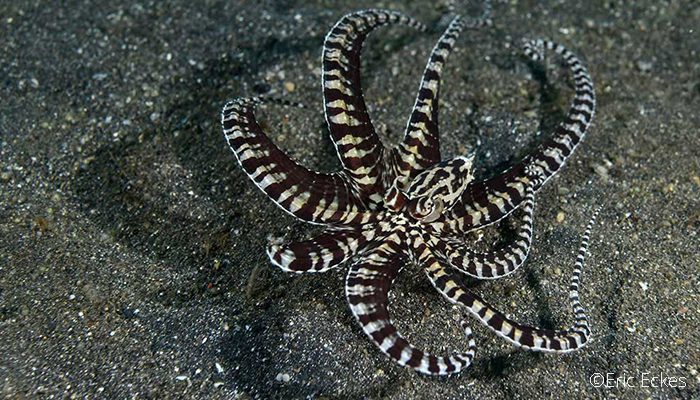 Naughty nibbling! When it comes to food many of our critters have extremely naughty habits. Did you know that the Favorinus nudibranch eats other nudibranchs’ eggs? Mantis shrimp (Stomatopoda Sp.) also have naughty eating habits, we’ve even seen one watch a baby flamboyant cuttlefish hatch from its egg and then pounce to enjoy a naughty snack! 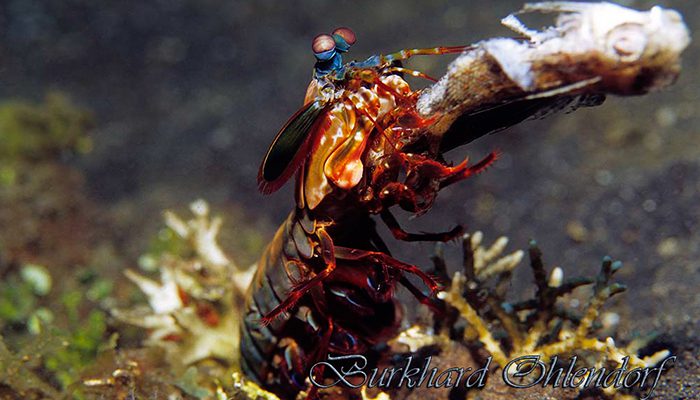 Carry crabs are another sneaky critter which we see often in the Lembeh Strait. These naughty critters creep up on and steal other critters to use as camouflage. Watch out jellyfish and sea urchins – you could be their next victim! Once the carry crab has successfully caught a jellyfish or sea urchin it then places it on the top of its carapace to use as a disguise. 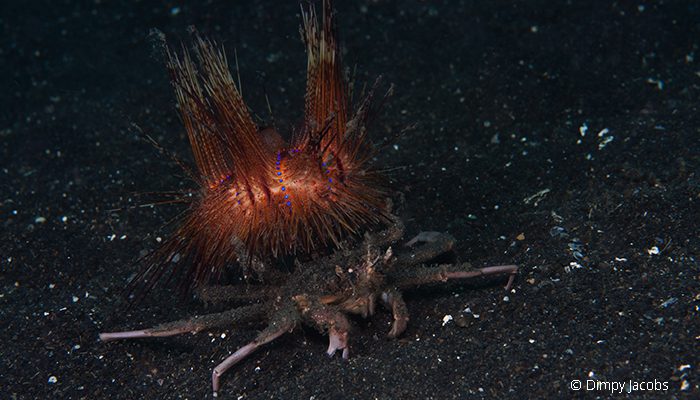 Watching the weird, wonderful and quite often naughty behaviour of our critters is one of the many highlights of diving here in Lembeh. If you’d like to join in the fun of critter watching and incredible underwater photography opportunities on some of the best muck diving sites in the world, make a reservation at: reservations@LembehResort.com

We look forward to welcoming you to North Sulawesi and our beautiful Indonesian dive resort soon.