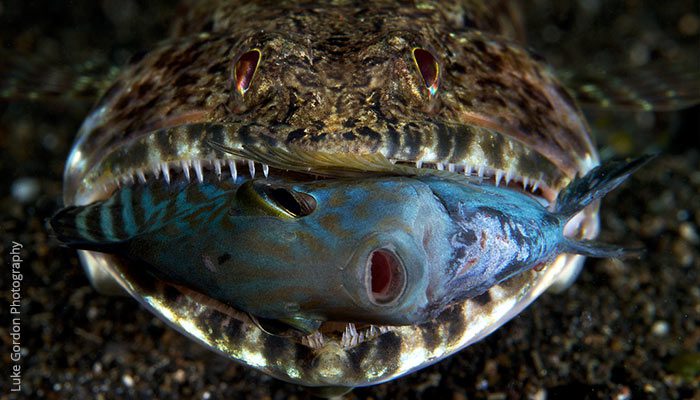 Lembeh’s critters come in all forms; large, small, herbivores, carnivores, the colorful, the drab & also the SPOOKY! Many spooky critters have even spookier characteristics; strange mimicry, incredible camouflage, large mouths, large teeth, nocturnal hunters, living underground & even pretending to be something they’re not!

If you thought that the monster under the bed didn’t exist then beware…….. You might find it in Lembeh!! 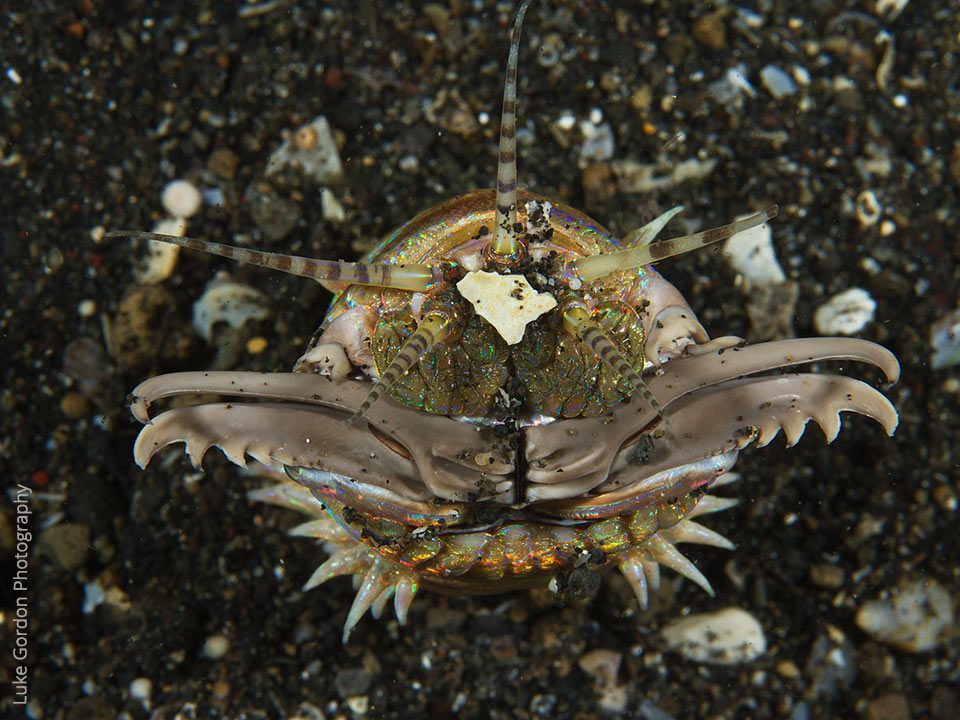 The Bobbit Worm waits patiently after dark for unsuspecting prey to stimulate one of its five sensory antennae, once stimulated large sharp jaws clamp down on the prey and drag the victim underground to be devoured! Named after Lorena Bobbitt who famously cut off her husband’s private parts whilst he was sleeping! 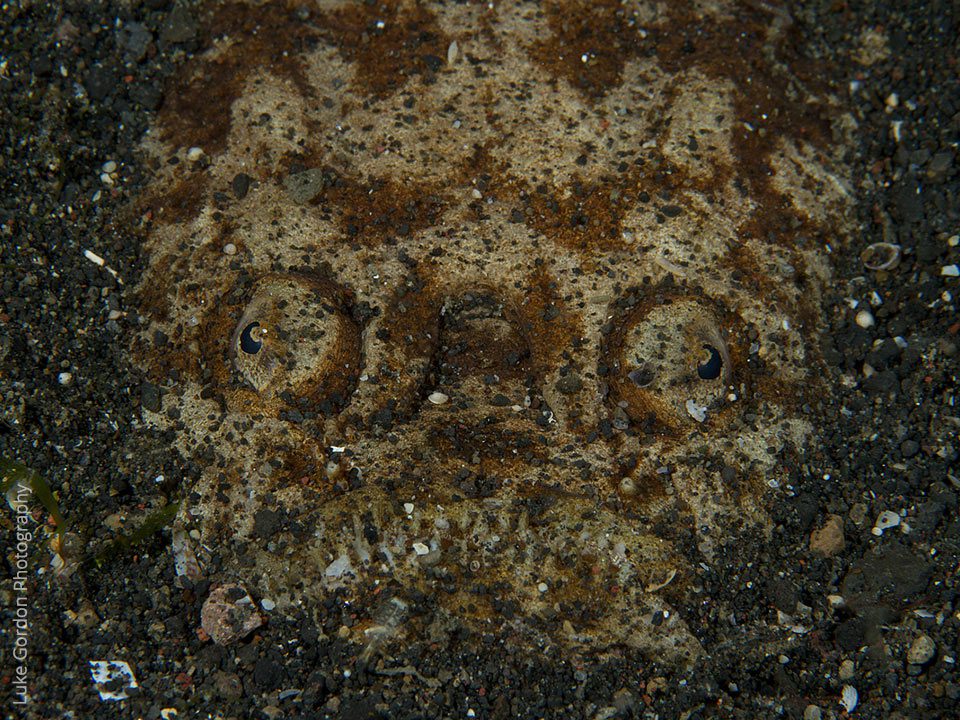 This cryptic fish totally buries itself in the sand with only its eyes staring up. It waves a small strip of skin protruding from its lower jaw to lure prey closer. When it strikes it swallows its prey whole! 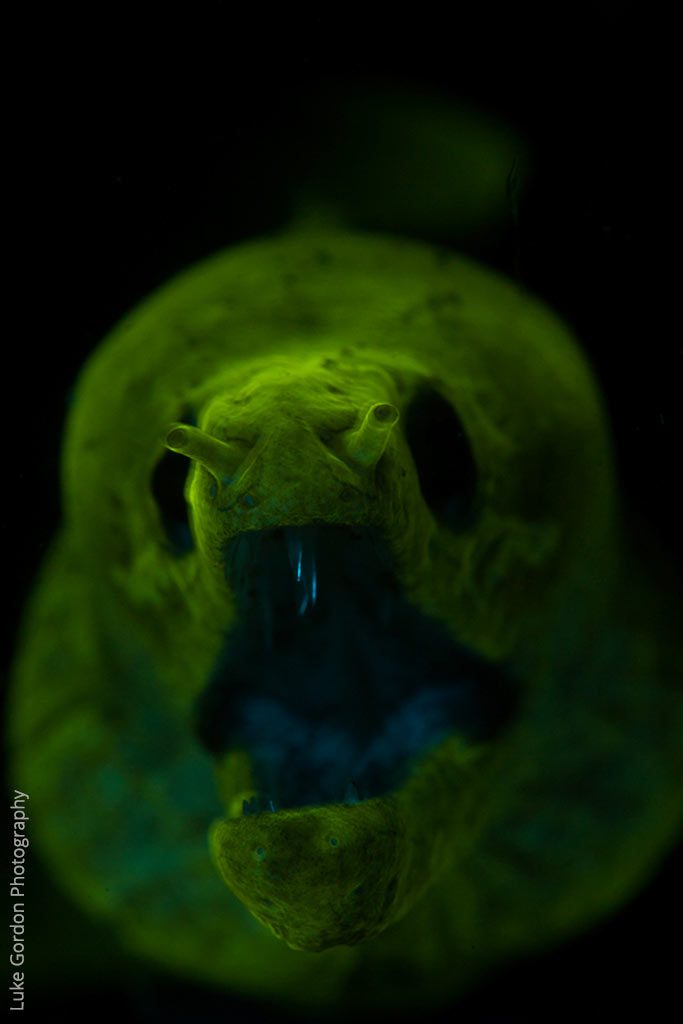 Moray eels are one of the few fish species found on coral reefs that have green fluorescent protein (GFP) in their skin tissue. When using high intensity blue light at night this green fluorescence becomes incredibly clear. Night dives using fluorescence give a sensation of being in an alien world! 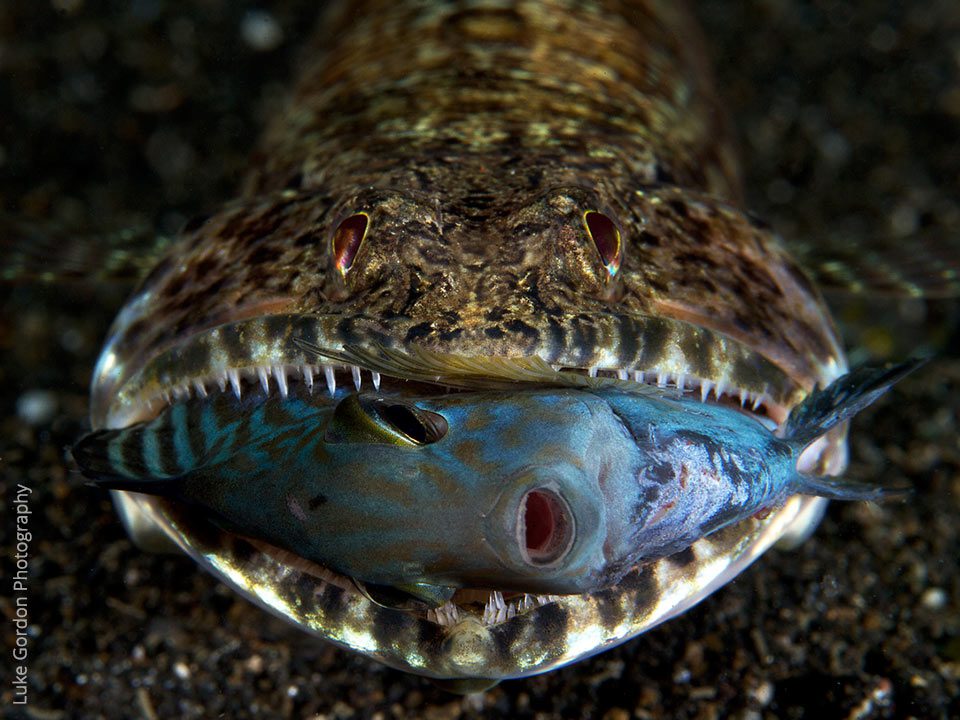 The clearfin Lizardfish camouflages itself against reef and rubble backgrounds or buries itself into the sand to wait for unsuspecting prey to come too close. Swallowing prey whole and possessing large teeth makes them fearsome predators! 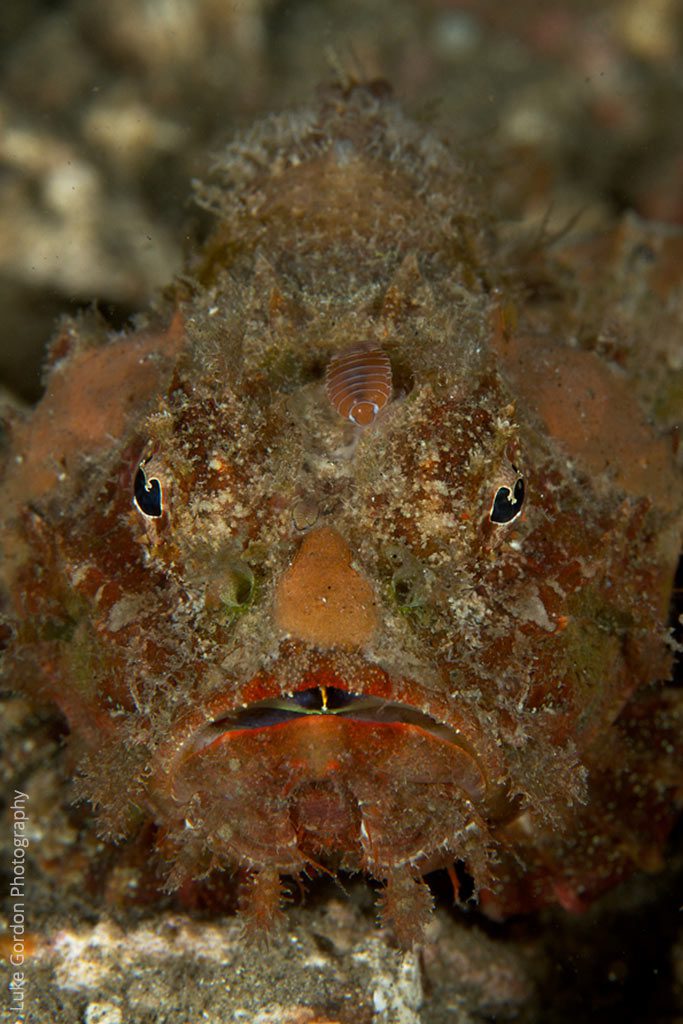 Flasher Scorpionfish flash the underside of their pectoral fins at potential predators displaying bright colors. Why? Like most scorpionfish they possess venomous dorsal spines and if a predator attempts to eat them they can deliver a painful sting! 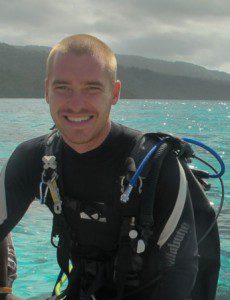 Born and raised in the south east of England, he didn’t grow up next to the sea, however from an early age a fascination for all natural life overtook him. Having worked abroad in some of the most beautiful underwater ecosystems the globe has to offer, he has been able to take pictures of many amazing marine conservation projects. He hopes that from the images he has captured, people will come to understand the beautiful, productive and incredibly important ecosystems and species found in marine environments – which are sadly under continuous threat. See more Luke’s work here: Lukegordonphotography