On select Tuesdays, Cameras@Lembeh Resort – the first and only dedicated photo & video center in Lembeh Strait with full time on site photo pro – will feature Tips and Techniques by Photo Pro Sascha Janson. Sascha will offer up a range of information, you never know what piece of wisdom he will impart.

Nudibranchs are most photographers’ favorites. Why? Because they don’t move that fast and this makes it possible to try out different techniques. Here are some more technical tips for shooting nudis:

If you want to create a bokeh (out of focus background) effect, you have to open up the aperture. Settings depend on your lens setup, but frequently used settings are somewhere between f4.5 and f11. This is useful for eliminating ugly or busy backgrounds commonly found here in Lembeh such as sand and rubble. Here are some example shots:

Nembrotha sucking on a tunicate 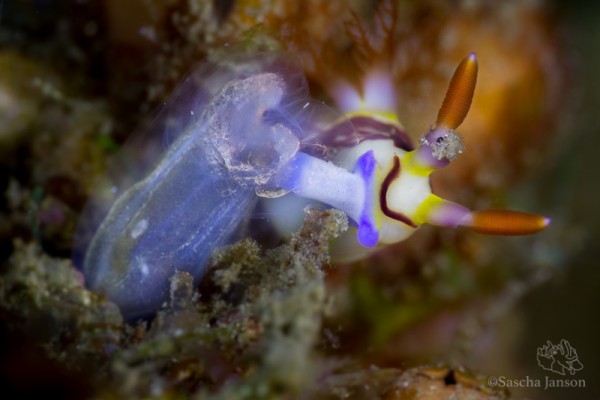 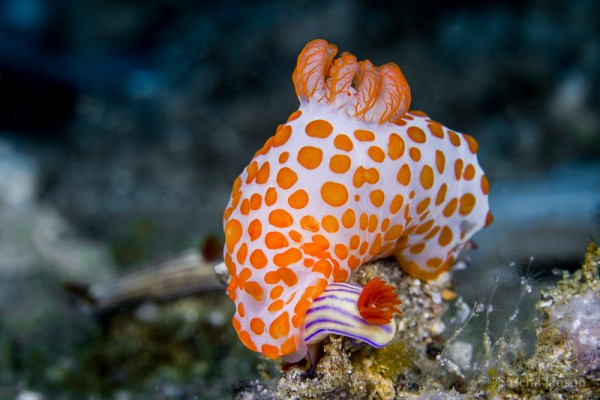 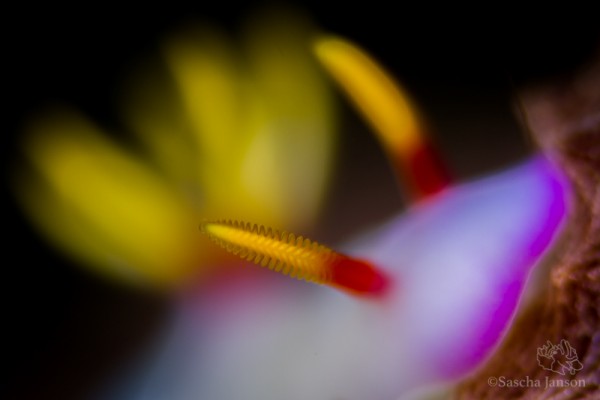 Shooting with this shallow DOF (depth of field) is sometimes very tricky. It’s very easy to miss that crucial focus point and the image doesn’t look that good if the wrong part of the image is in focus. For nudibranchs we usually aim for the rhinophores to be in focus, as we learned in TT&T#16, or at least the one rhinophore closest to the viewer. The next image could be more powerful if both rhinophores were in focus in order to better distinguish them from the very similar-looking cerata. In the above image however, having just one rhinophore in focus ‘works’ because its eye-catching colour, detail and texture makes it stand out against the very blurry background. 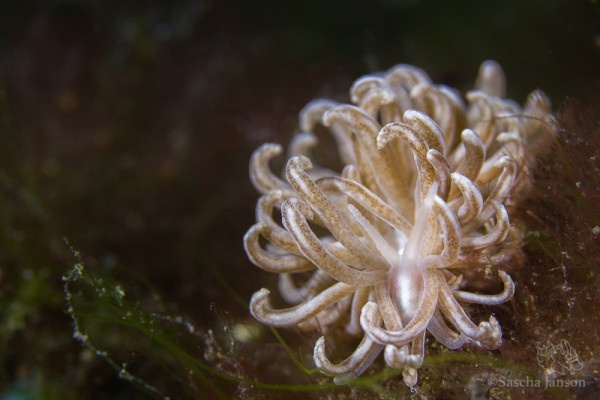 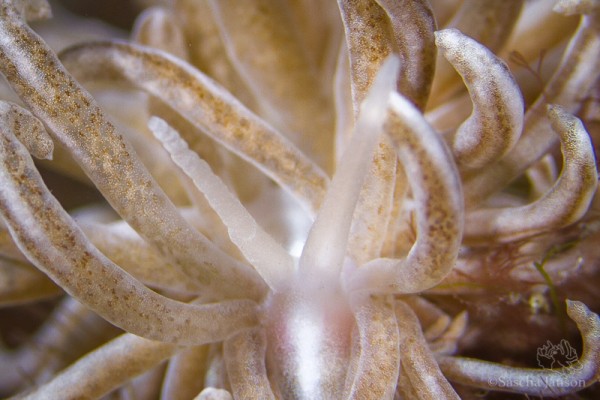 The above image at 100% – the right rhinophore is just a tiny bit further ahead of the left one, but at f5.6 and very close distance that’s enough to render it out of focus.

If you’re shooting with constant light, you can even combine the shallow depth of field with a dark background by using a very fast shutter speed (due to synchronization speed limits not possible with strobes). 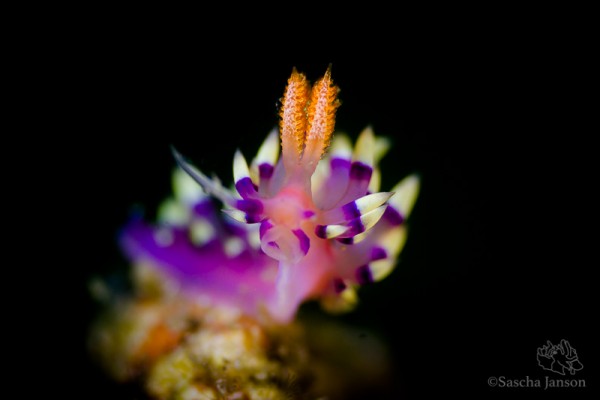 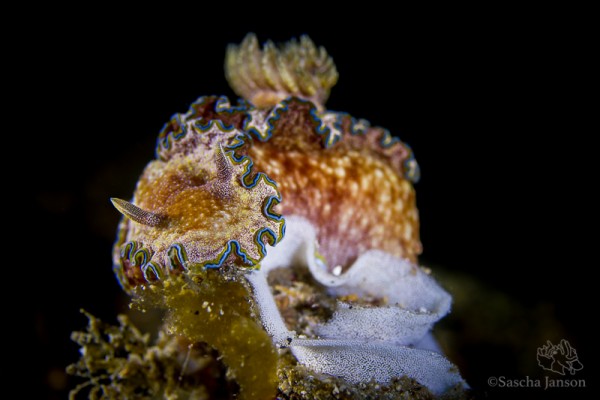