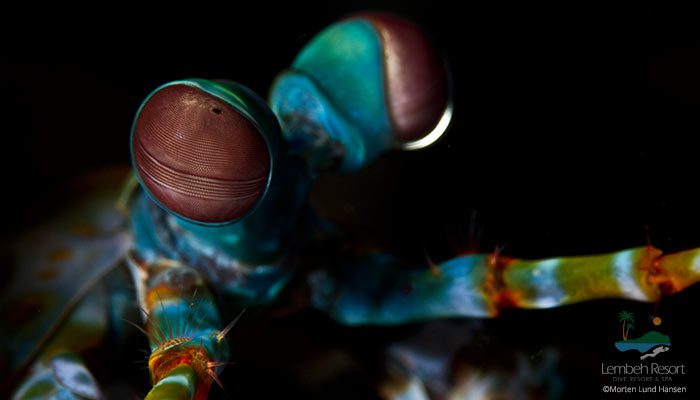 The underwater world is magnificent in all aspects, especially when it comes to how the inhabitants of that world perceive it!

What we see with our mundane human eyes is a result of three photoreceptors that can see red, green and blue. However the world as we know it looks very different in the eyes of the permanent inhabitants of the Lembeh Strait.

The Mantis Shrimp seen above has the most complex and advanced vision of any creature known to science. They have 16 Photoreceptors and can even see light in the Ultra-Violet end of the spectrum. The Mantis Shrimp is also the only animal known to detect circularly polarized light, which is when the wave component of light rotates in a circular motion. No one knows what picture that would paint of the Mantis Shrimps world, to even imagine how it would look like is near impossible! 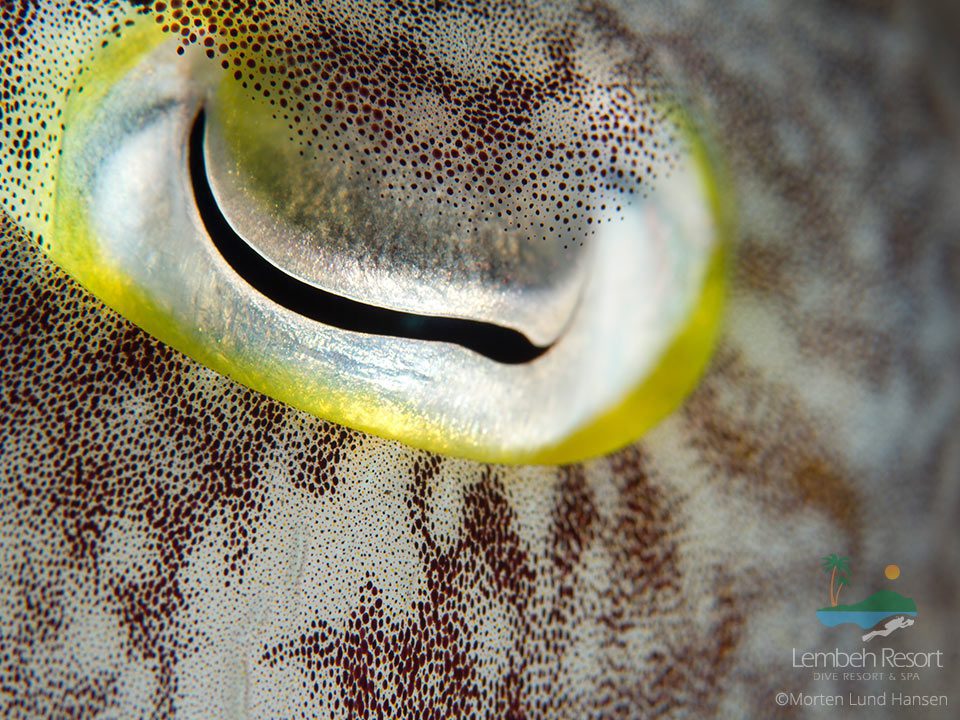 Eyes are undoubtedly one of the most valuable weapons in the arsenal of marine animals and the amazing mollusks known as Cephalopods have learned many tricks over the eons. One of the many special features of our 8-armed friends is the “W” shaped pupil of the cuttlefish that dilates in a vertical motion rather than as a round aperture, which is what is utilized by most species. Recent studies have shown that this allows cuttlefish to filter polarized light in angles, much like an incredibly advanced set of polarized sunglasses. This filtering process enables the cuttlefish to see minute changes of light intensity to give them an evolutionary advantage over many other animals in the sea. Photo by Morten L. Hansen – Broadclub Cuttlefish (Sepia latimanus) 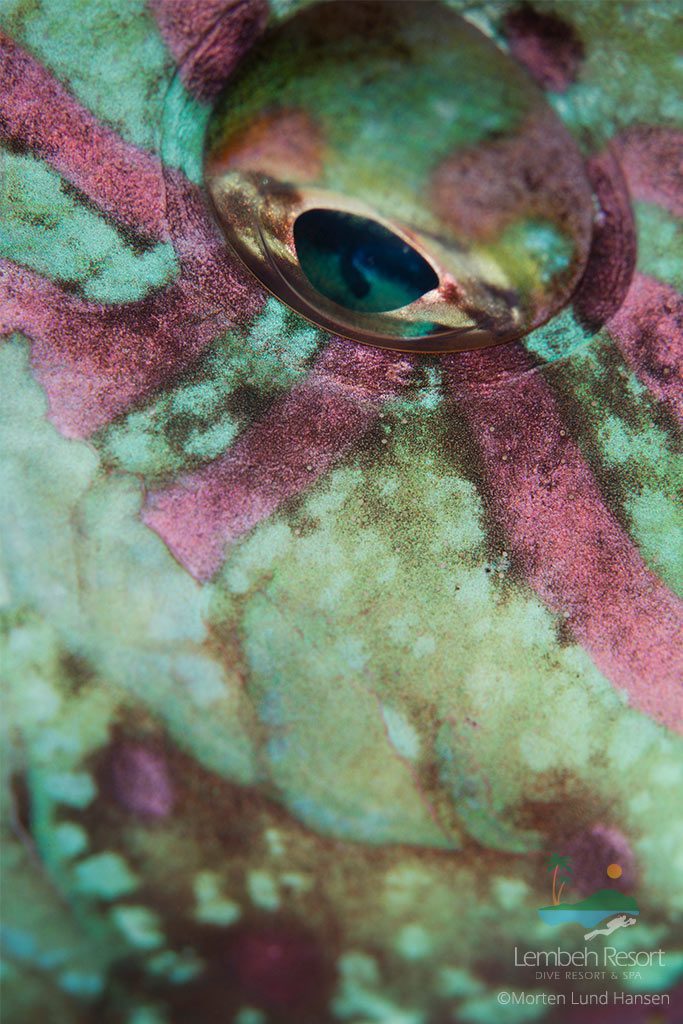 Some eyes are strange, some are technically amazing and some eyes are simply beautiful! Photo by Morten L. Hansen -Stareye Parrotfish. (Calotomus carolinus) 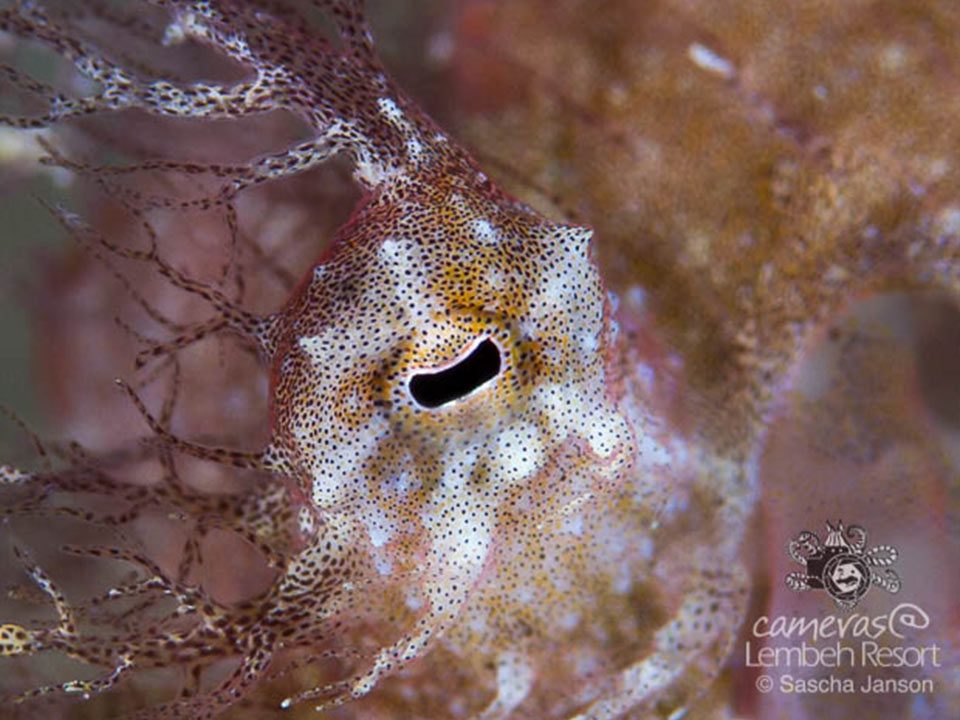 Masters of camouflage, the elusive Hairy octopus has color-changing cells known as chromatophores surrounding their eyes, allowing them to blend in perfectly with their surroundings! Photo by – Photo Pro Sascha Janson, [email protected] Resort – (Octopus sp 1.) 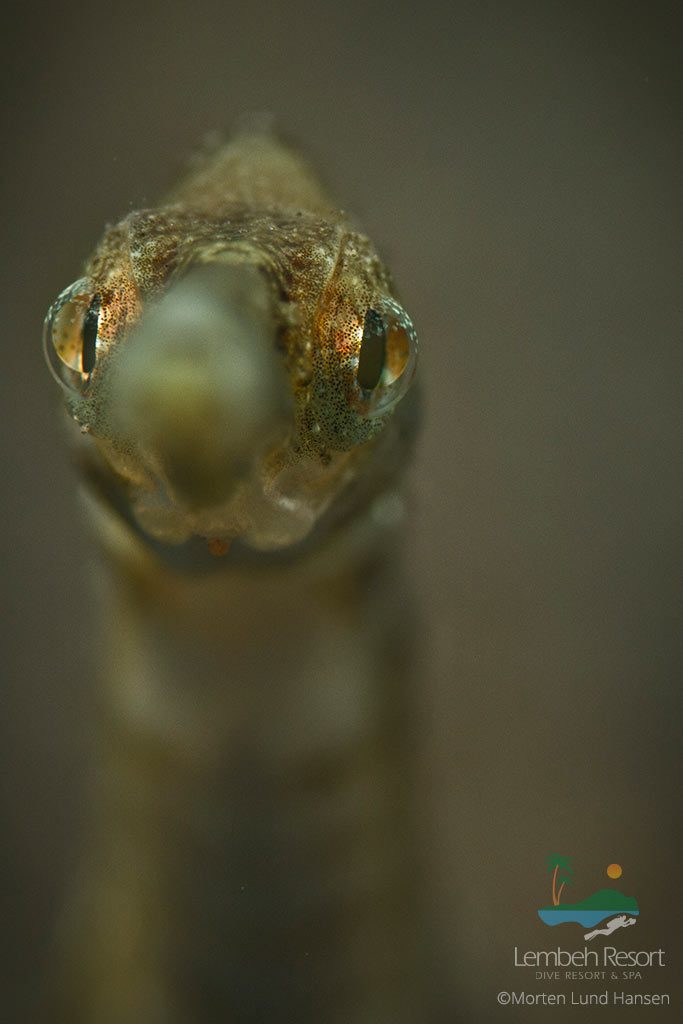 Pipefish and Seahorses have dome-like eyes situated on the side of their head. The position of their eyes gives them a broad field of view to help them detect danger. Pipefish can move their eyes independently of each other, enabling them to keep an eye out for potential predators from all sides. Photo by Morten L. Hansen – Stick Pipefish (Trachyrhamphus bicoarctatus) Unlike the pipefish, members of the scorpion fish family have camouflaged eyes for offense rather than defense. For divers exploring the mystical muck diving sites of Lembeh Strait the eyes of some species are particularly interesting for their light reflecting abilities, as seen on the image above. Photo by – Photo Pro Sascha Janson, [email protected] Resort – Short Fin Lionfish (Dendrochirus branchypterus) 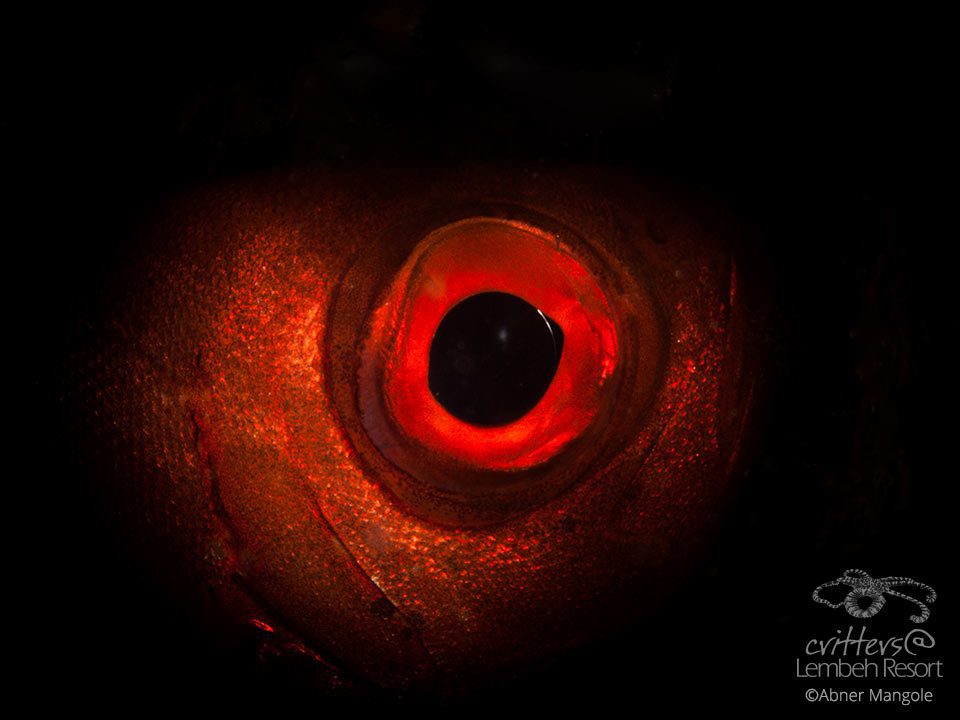 The Strombus Snail does not have the most advanced eyes of the underwater world, in fact they are incredibly simple and as far as we know, they can only recognize major changes of light intensity. They do have one absolutely incredible feature, if for any reason the eye gets amputated they will simply grow a new one! Photo by Morten L. HansenStrombus Snail (Strombus  sp.)