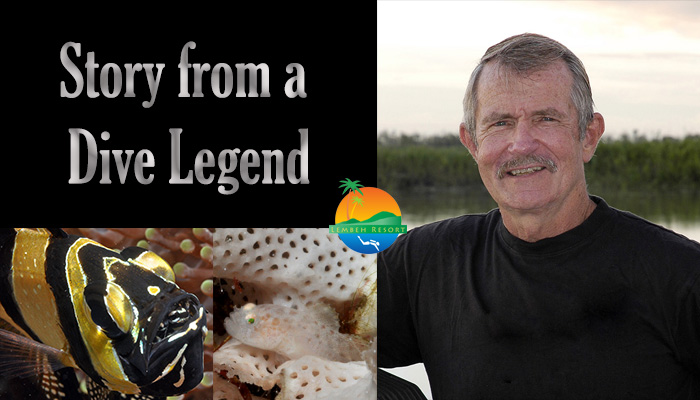 Story from a Dive Legend 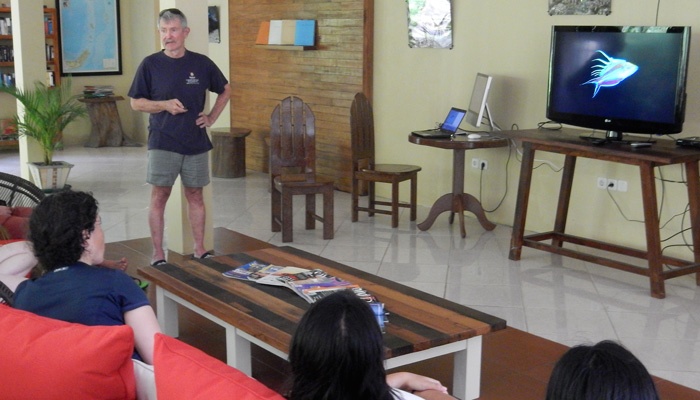 It’s Monday afternoon on 17 July, 2006. Deep below the Indian ocean floor an abrupt shift of crustal plates along the notoriously active subduction zone south of the Indonesian Archipelago triggers a powerful 7.7 magnitude earthquake.

Who said that lightning never strikes twice in the same spot? Having taken part in extensive underwater surveys at Thailand and Banda Aceh in the aftermath of the tragic 2004 tsunami I was convinced I would certainly never experience another similar event during my lifetime. After all, history tells us that major catastrophic tsunamis are rare, occurring at intervals measured in centuries.

Tsunami was far removed from my mind as I slowly drove along the waterfront at Christmas Island on the way to an afternoon dive. I was on the island as a guest of Parks Australia and the Christmas Island Natural History Association, mainly to gather photos and information for a new field guide to the local fish fauna.

The earthquake triggers a tsunami that wells up from the depths and radiates outward on the ocean’s surface at a speed of nearly 700 miles per hour. The two main obstacles in its path are tiny Christmas Island and the exposed southern coast of Java.

I would have certainly changed my plans and headed for high ground if I had known about the earthquake, which had occurred minutes earlier just 215 km to the northeast. When I arrived at the main jetty in Flying Fish Cove there was a slight chop on the surface, but otherwise conditions looked excellent –clear water and no other divers or swimmers. I would have the entire cove to myself.  I quickly donned my gear and grabbed the camera, entering the water directly next to the jetty.

Near the end of the 70-m long jetty I paused briefly to photograph a school of Convict Surgeonfish, then finned towards a wall of live coral about 50 m away. This was going to be a great dive – good conditions and an abundance of photographic subjects. I slowly approached a trio of juvenile Black and White Snappers and started taking photos.

Less than 30 minutes after the quake a tsunami slams into Java’s south coast with devastating effects. Although much smaller than the catastrophic event of 26 December 2004, a 2-m high wave destroys scores of homes along a 110-mile stretch of coast. Cars, motorbikes, and boats are left mangled in the midst of fishing nets, furniture, and mountains of debris. The first reports indicate about 100 fatalities, but in subsequent days the death toll mounts to more than 600. 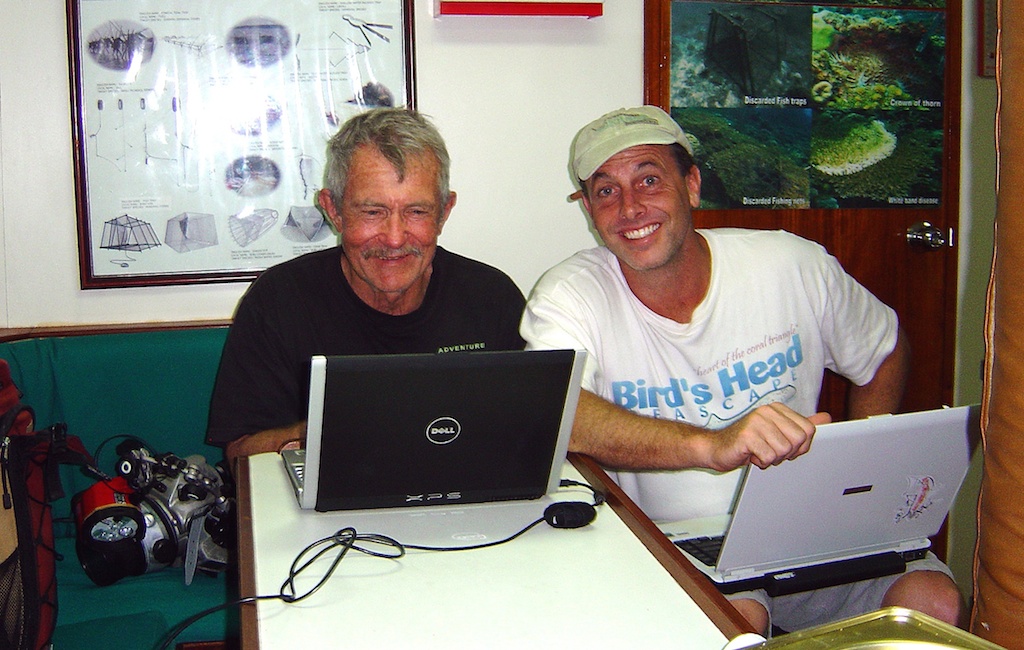 Just as I lined up for a third photo of the juvenile snapper I was jolted by what felt like a huge swell and suddenly slammed backwards against a large coral head. My first instinct was to protect the camera. It took all my strength to prevent the current from ripping it from my grip. At the same time I clutched wildly with my free hand and managed to lock onto a rocky outcrop. I had no idea what was happening – in just a matter of seconds the current increased to about 6 knots. I hunkered down close to the bottom and hung on tightly. I couldn’t turn my head for fear of having the face mask ripped off. But my biggest concern was losing the grip on the expensive Nikon camera and underwater housing. The powerful current was running seaward and it occur
red to me that if I were to let go I would be launched well out into the open sea. To make matters worse I was suddenly enveloped in almost total darkness. What had been gin-clear conditions just moments ago was now a turbid morass.

I was on the verge of panic and could feel my heart thumping against the wet suit. But after just a few minutes the current abruptly slackened. I quickly swam the six meter distance to the surface to regain orientation. At this point I noticed a gradually increasing shoreward current, which I rode to the beach with an overwhelming sense of relief. My legs were shaking as I struggled on to shore and back up to the parking lot.

The earthquake was detected by the newly installed detection equipment at Christmas Island. Local police were informed of the approaching tsunami, but by the time an evacuation order was issued at Flying Fish Cove, the wave was just minutes away.

Apparently, the police arrived moments after I had submerged. When I staggered out of the water about 20 minutes later I thought it was very strange there was no one in sight – not even the usual neighborhood children, a nearly constant fixture around the nearby housing complex. Glancing back towards the sea I noticed another strange feature – an exceptionally strong current was sweeping towards the center of the cove. What was usually a peaceful shoreline dotted with exposed boulders on the eastern side now had the appearance of rapids in the midst of raging river.

I drove back to my motel in deep thought – still wondering what had caused the apparent freak riptide. Minutes later Max Orchard, the manager of Parks Australia called by for a visit and I related the strange experience.  He had not yet been informed of the tsunami, so failed to comment about the possible cause.

The next morning I was watching the early morning news report on television and heard that Java had been hit by the tsunami. Although no details were given concerning the timing of the event I strongly suspected I had been an unwitting victim. This was eventually confirmed when I telephoned my wife and she read a website report indicating the precise time of the earthquake.

I could not believe the impeccable timing of my dive, which perfectly coincided with the approaching tsunami – talk about being in the wrong place at the wrong time. Certainly I was the only person on the island that had a personal encounter with the wave. Christmas Island is almost entirely surrounded by steep cliffs with a very narrow band of fringing reef that drops quickly to great depths. Results from the 2004 post-tsunami surveys indicate that this sort of underwater topography is largely resistant to the effect of large waves – passing swells are the principal manifestation of tsunami activity. Extensive damage is invariably confined to areas that have very gradual gradients leading from deep water to the shore. Flying Fish Cove is the only place on the island that remotely approaches this situation, but even here the bottom slopes gradually seaward for only about 100-150 m before plunging to the abyss. Accordingly the effect of the tsunami was moderated and highly localized.

My experience and those of other divers that were caught by the 2004 tsunami indicate that although unsettling, underwater tsunamis do not pose a fatal threat to divers within close proximity of deep water. In retrospect, the major error I committed was not informing anyone of my solo dive plan. It was late in the day and if I had been overtaken by the outgoing pull of the wave, which lasted an estimated five minutes, I may have been carried out into deep water at the mercy of offshore currents. Luckily, this did not happen.