April Fool – with the Mimic Octopus

This month we have been thinking about aquatic April Fools and the “Critter King of Confusion” award goes to the mimic octopus (Thaumoctopus mimicus). This master of mimicry is famous for its ability to fool other critters with Oscar worthy displays and impersonations but how much do you know about the mimic octopus? Find out more here…

The mimic can gather it’s arms together to impersonate a flounder. Note the white arm band.

Do You Know Your Mimic From You Wunderpus?

These two species are both found here in the Lembeh Strait and are often miss-identified but there are a few tell-tale signs to look out for when trying to distinguish between the two.

Mimic Octopus in the Lembeh Strait

Are you hoping to see the magnificent mimic octopus in action here in Lembeh? This month we have been having great sightings at both Air Bajo and Rojos. As with many of the critters in the Lembeh Strait, mimic octopus like to move around but our team of incredible Dive Guides are always one step ahead of the game and will know where is hot for sightings at the time you visit. 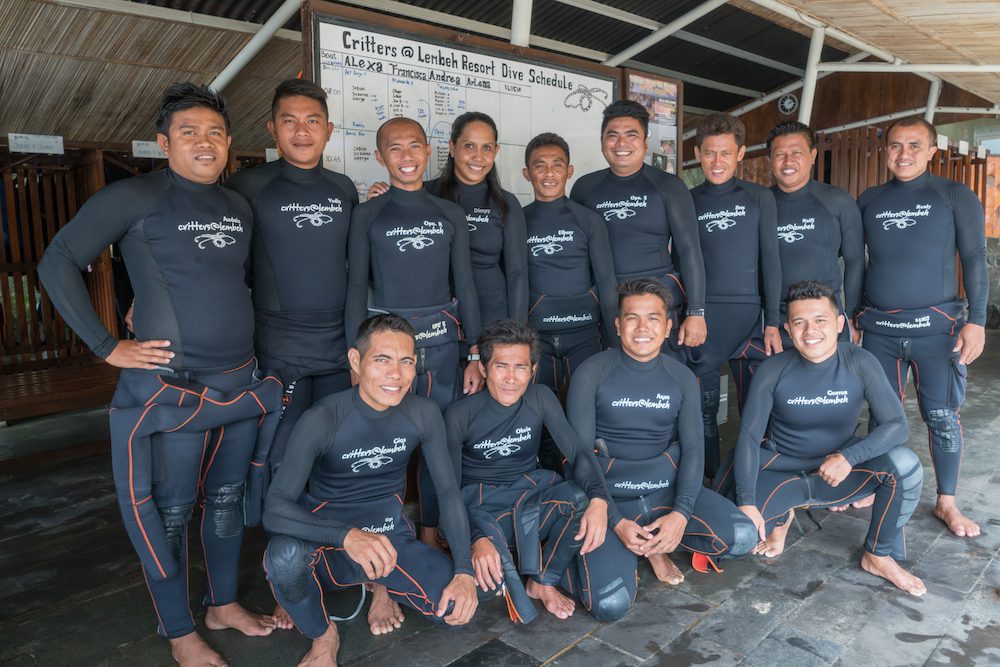 Are you already planning a trip to the Lembeh Strait? Lembeh Resort offers unparalleled luxury accommodation in North Sulawesi and is the only dive resort in the Strait which offers a full time, on-site Photo Pro, two Marine Biologists, dedicated Photo Center and Camera Room AND photography and marine biology trained Dive Guides.

If you’d like more information about diving with us and staying at our beautiful Indonesian Resort, contact us on: reservations@LembehResort.com

We look forward to welcoming you to Lembeh Resort soon.