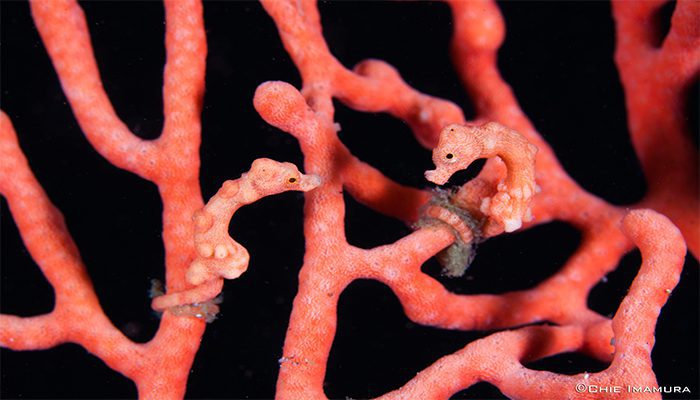 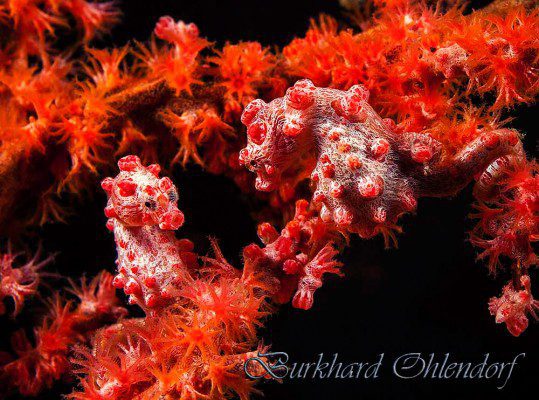 The Hippocampus bargibanti was the first species of pygmy seahorse discovered in as late as 2000. There are now known to be several species of pygmy seahorses which rarely grow to more than 2cm in length including the tail. Pygmy seahorses are not found worldwide and the majority of them inhabit the area of Asia known as the coral triangle (which encompasses parts of Indonesia, Malaysia and the Phillipines). They are part of the Sygnathidae family (which includes seahorses, pipefishes and weedy and leafy sea dragons) whose distinctive features include having tubular mouths into which they suck their food, very short snouts and the males carry their young inside their trunk as opposed to in a pouch on the tail like other seahorse species.

The majority of pygmy seahorses, including the bargibanti, are found on sea fans although some species are also found on algae and soft corals. The three main species of pygmy seahorse found in Indonesia are the Bargibanti pygmy seahorse, Denise’s pygmy seahorse and the Pontoh’s pygmy seahorse with the bargibanti being by far the most widespread. Bargibanti’s (Hippocampus bargibanti) live on Muricella gorgonian fans (between 16 and 40 meters) and they are able to match their skin color and appearance to that of the fan almost exactly which when combined with their tiny proportions makes them very difficult to spot. Their camouflage ability is no coincidence—they appear to live in symbiosis with the fan which leads to them reacting and developing ‘tubercles’ which mimic the bulbous textures of the fan corals; the most common color variations are pink, yellow and light purple. The maximum length of a bargibanti is 2.7 cm (including the tail) which makes them the largest of all the pygmy seahorse species. 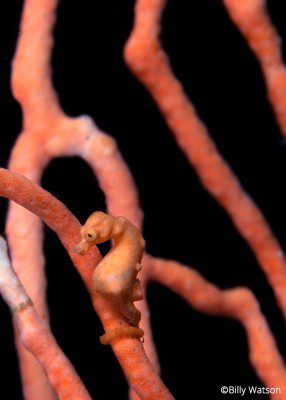 Denise’s pygmy seahorse (Hippocampus denise) is smaller than the bargibanti and measure only up to 2.4 com in length and it tends to be less fleshy.
Denise’s are found on numerous different species of fans
rather than just being limited to one particular host. The Denise’s species have considerably fewer tubercles which gives their skin a much smoother appearance. They also have a number of color variations including red, yellow, brownish and orange. Denise’s have been sighted at depths of up to 90 meters. 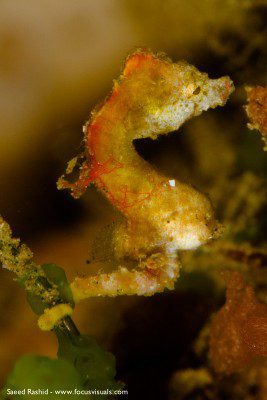 Pontoh’s pygmy seahorses (Hippocampus pontohi) do not live on gorgonian fans but instead they are found on algae such as halimeda algae and various sea grasses. Unlike other species they do not stick to one host and are seen moving from place to place in depths of 3 meters to 25 meters. The pontohi lacks tubercles and ranges in color from white with pink to yellow patches and there is also a darker variation which can be brown to reddish brown hue with red highlights (this was formerly classified as a separate species: Hippocampus serverni)

Whilst pygmy sea horses are seen across the archipelago, Lembeh is one of the best places to see all of these species and the guides at Lembeh Resort are excellent at finding them and know all of the best spots!

If you are coming to join us and are hoping to see these incredible critters make sure you are ready for some serious macro. 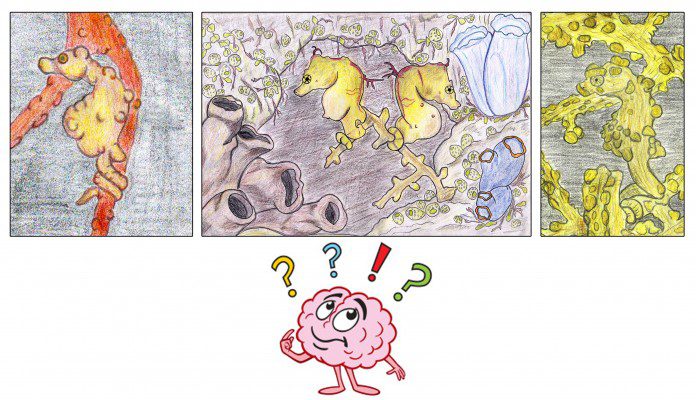 Want to challenge yourself? Try our pygmy quiz here and test your advanced knowledge of pygmy seahorses:

1.Which species of pygmy seahorse has red “filaments” (hairs) on its back?

2.Bargibanti pygmy seahorses are usually found at between:

3.Denise’s pygmy seahorse species was named after Denise Nielsen Tackett who discovered the species in the Lembeh Strait.

4.How many eggs do female pygmy seahorses deposit into the males pouch for fertilisation in one go?

5.Which species of pygmy seahorse is “free-living” rather than being attached to a fan or soft coral?