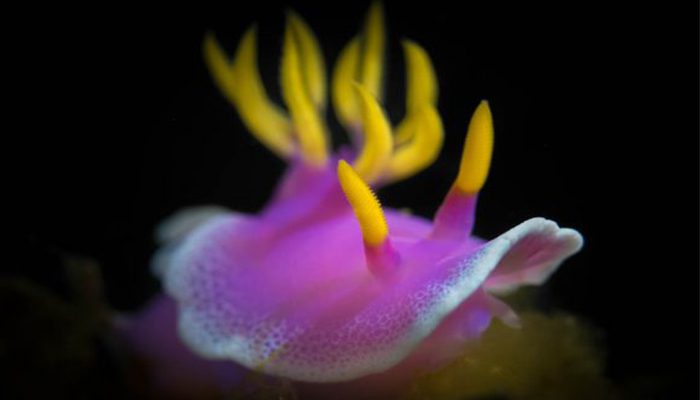 7 Stunning Nudibranch from the Lembeh Strait

This month at Lembeh Resort we are celebrating the wide variety of unique and unusual nudibranch that we have here in the Lembeh Strait. While it is impossible to list every single species that we see on our dives, here are 7 of our favorites and some interesting facts about their appearances and behaviours. We hope you enjoy them! 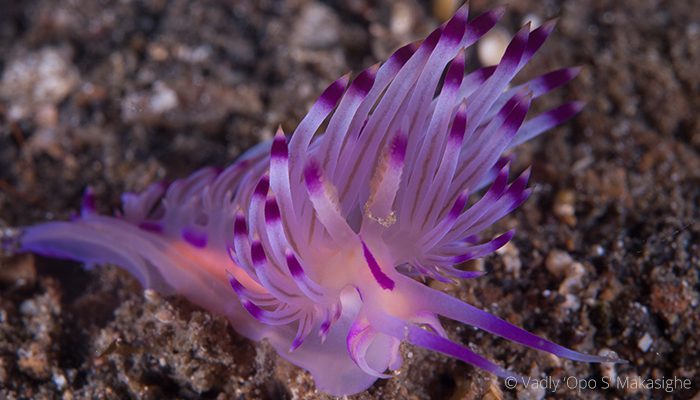 This is one of our most colourful and flashy species of nudibranch here in the Lembeh Straight. This species is an aeolid nudibranch which is covered in finger-like filaments which cover its body and are known as “cerata”. The common name for this species is the “red-lined flabellina” although colors vary from individual to individual from orange or red through to purple. This is a relatively small species which grows up to only 42mm. When photographing this nudibranch focus on the rhinophores which have a beautiful feather-like appearance.

The sponge feeding Ceratosoma tenue nudibranch is one of the larger species here in Lembeh and can grow up to 12cm. Just like the Flabellina rubrolineata there are color variations but they are always bright. One distinguishing feature is the exquisite purple margin on the mantle and foot which is a beautifully detailed dotted line. This is a common species here in Lembeh and we often see them in the shallows where they prefer to lay their eggs. 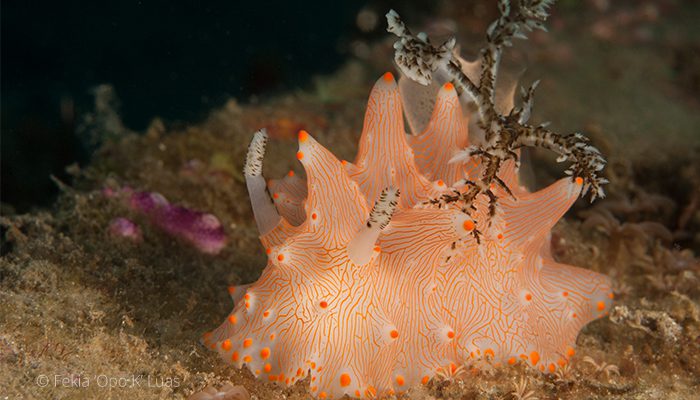 The Helgerda batangas species of nudibranch is not one of the most colourful species in the straight but we love its intricate markings which feature on its almost white body. This nudibranch is covered with orange capped tubercles (raised lumps), in between which is a characteristic network of incredibly fine but solid red-orange lines. When shooting macro the details of this species are quite incredible. 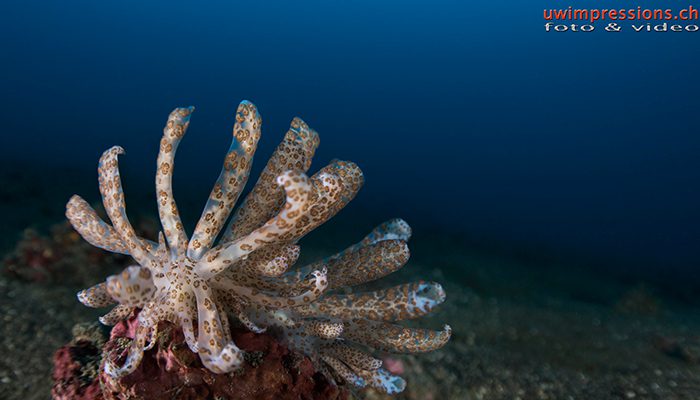 The Phyllodesmium longicirrum is quite literally a power house of a nudibranch as it contains photosynthetic zooxanthellae, which allow it to draw energy from sunlight, hence its common name, the solar-powered phyllodesmium! This is a large species which grows to around 14cm and although some other species of nudibranch are also capable of photosynthesis none utilise it to the same extent as this species. This is one of our favorite species to find here in the Lembeh Strait. 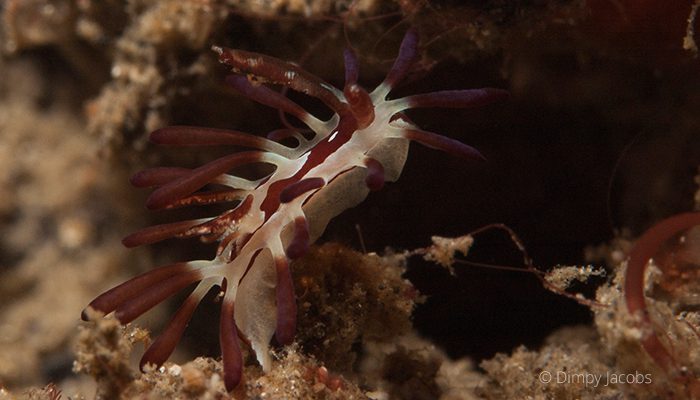 Okenia kendi is an unusual looking species which is characterised by eight long pairs of “papillae”. The body is usually a translucent white color and it has a broad brown band which runs from between the rhinophores to the tail. The outer side of the papillae are also brown and they often have a purple hue at the tips. This is a relatively rare find for us here in Lembeh so it’s a special dive when we see them.

This species of Bornella Anguilla is another rare find here in Lembeh and sightings are most frequent at dive sites such as Jiko Yansi and Tanjung Tebal. The Bornella grows up to around 10cm and it takes its name from its unique eel-like swimming motion. Its unique cerata arrangement includes 3 pairs of dorsal cerata followed by 3 single cerata. It also has a distinct black eye dot and a stunning mosaic pattern of dark lines filled with white, black and orange. 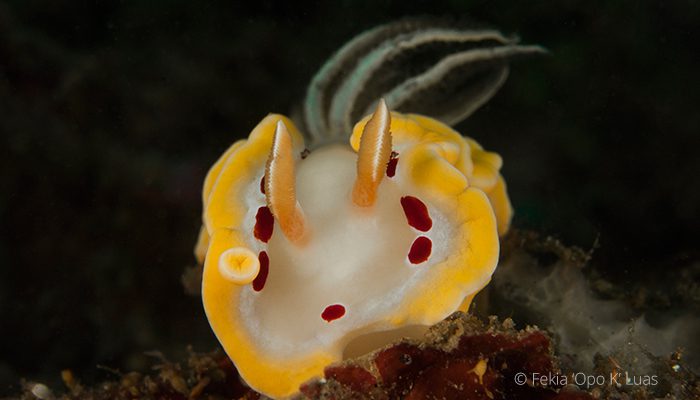 Ardeadoris cruenta is another colorful favorite which also has an interesting story behind its name. The word “cruentus” is derived from Latin and means “stained with blood” which refers to the red dots on its upper dorsum. This species is a dorid nudibranch with a pale lemon colored body which is bordered with bright yellow and white around the mantle and the foot. The red dots appear around the edge of the mantle in a circular pattern which is highly distinctive. This species is medium sized and grows up to around 5cm.

Have you seen any of these beautiful nudibranch on your dives with us? Are there any other species which you are hoping to see in the future? At Lembeh Resort we pride ourselves on being experts in the marine life of the Strait which is why we have complied our online “Critter Log” so that we can share our knowledge with you. Whatever species you are hoping to see during your stay just let our professional Dive Guides know and they will do their best to find it for you.

At Lembeh Resort when you are not out enjoying some of the best dive sites in Indonesia and the best muck diving in the world we have an on-site full time Marine Biologist who can help you with nudibranch identification and our own on-site Photo Pro Sascha Janson will be on hand to help make sure you capture the images you were hoping for.

If you’d prefer to take a more relaxed approach to your stay then that’s not a problem either. At one of Indonesia’s leading dive resorts you’ll experience exceptional service, friendly staff and beautiful dining. 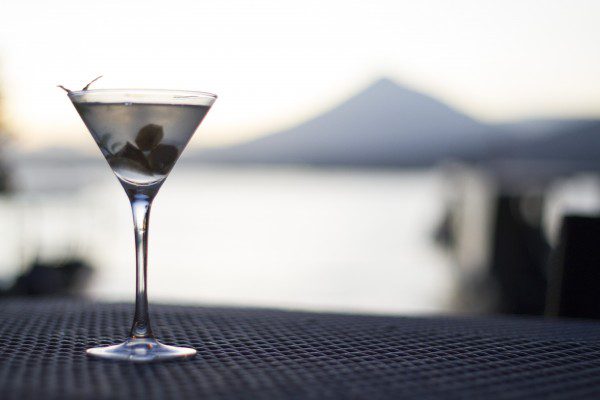